A leading rights group released a scathing report Friday documenting the persecution of lawyers, academics and journalists in China, but found increasing internal opposition to abuses. 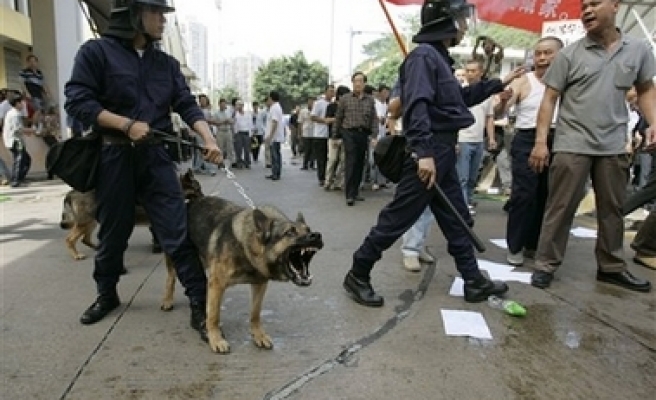 A leading rights group released a scathing report Friday documenting the persecution of lawyers, academics and journalists in China, but found increasing internal opposition to abuses.

"The situation human rights defenders faced in China continues to deteriorate," said the report by the China Rights Defenders, a grouping of activists both inside and outside of China, largely organised through the Internet.

"Officials have increasingly tried to limit the impact of China's growing community of human rights defenders, who have therefore become targets of government persecution, retaliation, intimidation and surveillance to the point that their personal freedom and safety are threatened."

The report was issued on the anniversary of the 1919 May 4th Movement, which marked the first popular political and nationalistic movements in modern China, that still resonate with pro-democracy activists today.

The report lists a series of social activists that have been jailed or face police or official intimidation for their efforts in defending the rights of those facing social injustices, often at the hands of local governments.

Despite harsh circumstances facing many rights defenders, more Chinese are becoming aware of their rights as they are exposed to abuses in their daily life -- from forced evictions to brutal beatings of petitioners, from land grabs to the closure of schools for migrant children, it said.

The report was the second annual report of the grouping which exchanges information through the Internet and maintains databases and documentation on web servers outside the country.

The 49-page report documents the persecution and jailings of lawyers, journalists, Internet writers and petitioners in China in 2006 by government and police forces seeking to quell opposition to Communist Party rule.

The group, which seeks to advance human rights protections in China through legal channels, said that local government and police forces routinely use their control of the courts and other illegal means to quell such advances. Last Mod: 04 Mayıs 2007, 11:09
Add Comment