The government has previously warned it would come down hard on anyone who stole, misappropriated or misused the billions of yuan in aid which has flowed to the southwest following the earthquake. 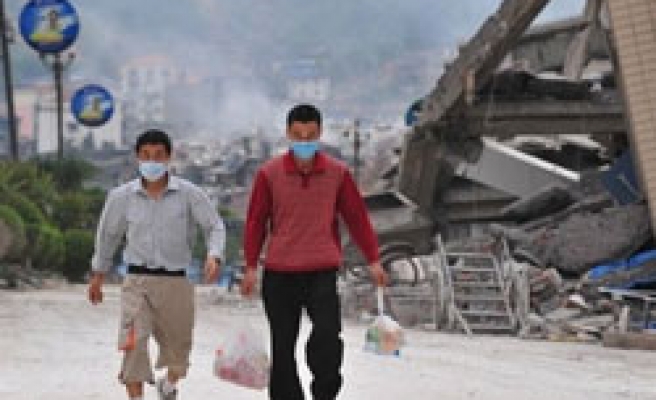 Supervision Minister Ma Wen, also the head of the National Bureau of Corruption Prevention, said the punishments were meted out after more than 1,000 complaints from the public following the 7.9 magnitude quake in southwest China, which killed almost 70,000 people.

Most of the complaints "were about misuse of tents in initial disaster relief efforts and the improper distribution of food and other goods", she told a news conference.

"Others were about officials reacting slowly or issuing aid in a detrimental way," Ma added.

One of the officials caught was the deputy head of the local assembly in Anyang, a city in the poor central province of Henan, for buying substandard relief goods, she said, adding he had been fired.

Officials not dismissed were given administrative demerits, meaning they were either demoted or had a black mark put against their name limiting future promotions.

The government has previously warned it would come down hard on anyone who stole, misappropriated or misused the billions of yuan in aid which has flowed to the southwest following the earthquake.

China has a serious problem with corruption, so serious the Communist Party has warned it threatens its rule. Barely a week goes by without some lurid new story of graft appearing in the normally staid state-run media.

Deputy Finance Minister Liao Xiaojun, told the same news conference that government departments would be required to tighten their belts after the central government said it would cut the budget to divert more funds to helping quake victims.

"We have demanded that departments hold fewer meetings or shorten meeting times, cut down on business travel, use official cars less and economise on water, electricity and fuel usage," Liao said.