A government spokesman guaranteed the safety of Chinese exports on Thursday in a rare direct commentary on rising international fears over Chinese products. 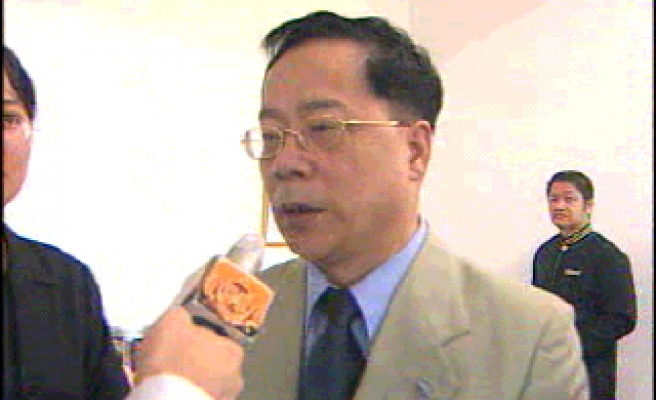 Wang Xinpei, a spokesman for the Commerce Ministry, said China "has paid great attention" to the issue, especially food products because it concerns people's health.

"It can be said that the quality of China's exports all are guaranteed," Wang told reporters at a regularly scheduled briefing.

The statement was among Beijing's most public assertions of the safety of its exports since they came under scrutiny earlier this year with the deaths of dog and cats in North America blamed on Chinese wheat gluten tainted with the chemical melamine.

Chinese-made toothpaste also has been banned by numerous countries in North and South America and Asia for containing diethylene glycol, or DEG, a chemical often found in antifreeze. It is also a low-cost -- and sometimes deadly -- substitute for glycerin, a sweetener in many drugs.

On Wednesday, three Japanese importers recalled millions of Chinese-made travel toothpaste sets, many sold to inns and hotels, after they were found to contain as much as 6.2 percent of diethylene glycol.

He gave no details, although the country's quality watchdog has in past cited tests from 2000 that it said showed toothpaste containing less than 15.6 percent diethylene glycol was harmless to humans.

The New York Times reported early Thursday that about 900,000 tubes of tainted Chinese toothpaste have been distributed in the United States, showing up in correctional facilities and some hospitals.

Officials in Georgia and North Carolina told The Times there had been no illnesses reported, and that the toothpaste in question was being replaced with brands not manufactured in China.

Earlier this month, a spokesman for North Carolina's Department of Correction said Pacific brand toothpaste was distributed to prisoners who could not afford to buy a name brand at prison stores. The tubes were taken away after trace amounts of DEG was found in them.

Plastic pipes had been forced down the pigs' throats and villagers had pumped each 220-pound pig with 44 pounds of wastewater, the Beijing Morning Post reported.

Paperwork showed the pigs were headed for one of Beijing's main slaughterhouses and stamps on their ears indicated that they already had been through quarantine and inspection, the paper said. Suspects escaped during Wednesday's raid and no arrests were made, it said.

Earlier this week, inspectors announced they had closed 180 food factories nationwide in the first half of this year and seized tons of candy, pickles, crackers and seafood tainted with formaldehyde, illegal dyes and industrial wax.

"These are not isolated cases," Han Yi, an official with the General Administration of Quality Supervision, Inspection and Quarantine, was quoted as saying in Wednesday's state-run China Daily newspaper.

Han's admission was significant because the agency has said in the past that safety violations were the work of a few rogue operators -- a claim aimed at protecting China's billions of dollars of food exports.