A Chinese court has sentenced 14 gang members to death for murder and other violent crimes, while another four received life imprisonment, state media said on Friday. 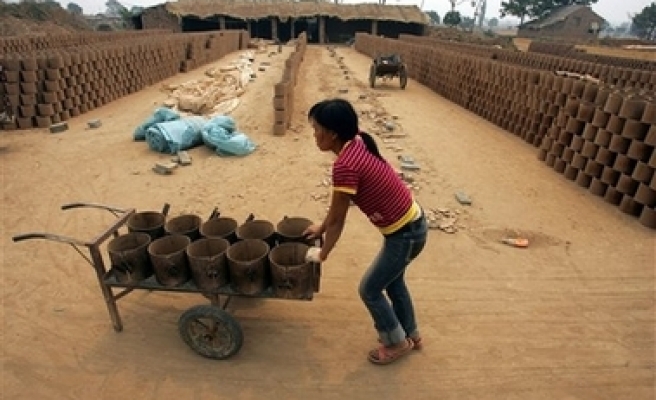 A Chinese court has sentenced 14 gang members to death for murder and other violent crimes, while another four received life imprisonment, state media said on Friday.

The Shijiazhuang Intermediate People’s Court in the northern province of Hebei handed down the sentence, one of the harshest in the country’s recent history, on Thursday, Xinhua news agency said.

Ringleader Zhang Baoyi and his accomplices were convicted of 19 types of crimes, including running a gang, murder, mayhem, robbery and extortion, Xinhua said.

They have also been engaged in the gun trade and group fighting in public places, it said.

Four of the 14 death sentences would be suspended for two years, which could be normally commuted to life imprisonment on condition of good behaviour.

The gang controlled freight truck shipping lines from the provincial capital Shijiazhuang to nearby cities using violence as it forcibly raised fees.

Organised crimes have been on the rise in the country since market reforms started in the 1980s and local governments have been increasingly infiltrated by gangs as corruption becomes rampant.

Last year, a court in the central province of Hunan sentenced 11 members of a local gang to death — four suspended — for 23 crimes including murder, mayhem and drug trafficking spanning more than a decade.

Seven others were jailed for life and a total of 97 members stood trial. The scale of the trial forced the court in Loudi city to use a stadium to announce the rulings. Last Mod: 22 Haziran 2007, 11:31
Add Comment