China shrugs off report of tropical nuclear sub base

China refused to be drawn on Tuesday on a photograph which Jane's Information Group analysts claimes is evidence of a new underground nuclear submarine base off the southern tropical island of Hainan. 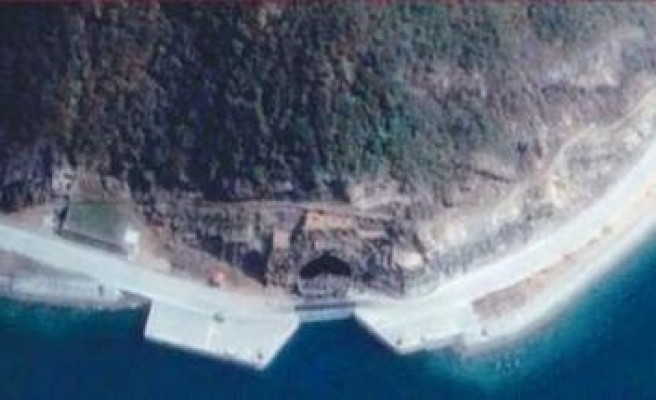 China's increasing dependence on imported petroleum and mineral resources had contributed to an intensified Chinese concern about defending its access to vital sea lanes, particularly to its south, Jane's said.

It said high-resolution commercially available satellite imagery from DigitalGlobe was independent verification of previous suggestions that China is constructing an underground nuclear submarine base near Sanya on Hainan.

Chinese Foreign Ministry spokesman Qin Gang would neither confirm nor deny the report.

"China is going down the road of peaceful development. China's national defence policy is defensive. Other countries have no reason to fear, or make a fuss about it and be prickly," Qin told a regular news conference.

"We have vast coastal areas and territorial seas. Protecting our national security on the seas, protecting our sovereignty on the oceans and our oceanic rights are the sacred responsibilities of our armed forces."

The extent of construction indicated the Sanya base, known as Yulin, could become a key future base for People's Liberation Army Navy (PLAN) aircraft carriers and other ships, Jane's said.

The base and the positioning of China's most advanced sub-surface "combatants" at Sanya would have implications for China's control of the South China Sea and the strategically vital straits in the area, Jane's said.

The satellite image suggested the base had been supported by a gradual military build-up in the Paracel islands over the last 20 years and the transformation of the Chinese-held islands in the disputed Spratly chain into assets that could support a range of military operations, it said.

China had pursued the build-up at Sanya with little fanfare, offering no public explanations regarding its plan to base nuclear weapons or advanced naval platforms there, Jane's said.

Bangkok-based Western military expert Robert Karniol said China had at least one other nuclear naval base in the eastern coastal city of Qingdao.