China is to hold to its official one-child policy for at least another 10 years, Chinese Minister Zhang Weiqing said in an interview with the China Daily published Monday. 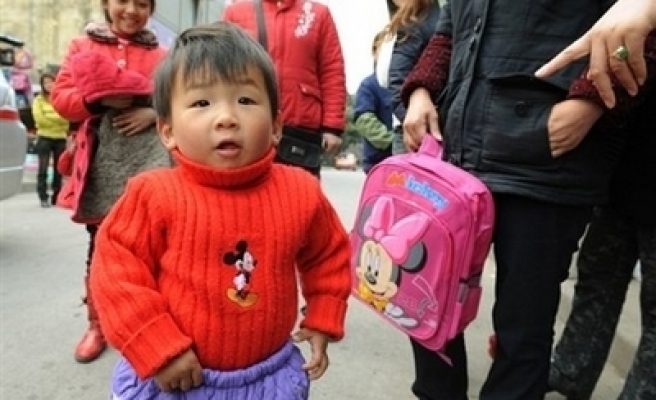 The statement came in answer to speculation of a possible loosening of state family planning due to the increasingly ageing population.

The one-child policy in which women can bear only one child each has been in place in Communist Party-ruled country since 1980.

The one-child policy has proven itself useful for China's circumstances, Zhang said.

At the earliest, he said, a change would be imaginable after the end of the current phase of higher birthrates expected due to 200 million young Chinese in the next 10 years entering the stage life where they will want to start families.

The one-child policy has to be maintained in order to assure stable and balanced population growth, Zhang said. Without it, he added, there would be strong fluctuations in population growth and increasing pressure on China's social and economic development.

According to official estimates, around 400 million births were prevented through the policy.

There are 1.3 billion people in China, which makes up one-fifth of the earth's population. By 2020, the Chinese government plans to keep the population under 1.45 billion.