China to send 300 engineers to Sudan for UN

China is planning to send hundreds of engineers to Sudan to support a planned United Nations deployment of peacekeepers in Darfur, the US state department has said. 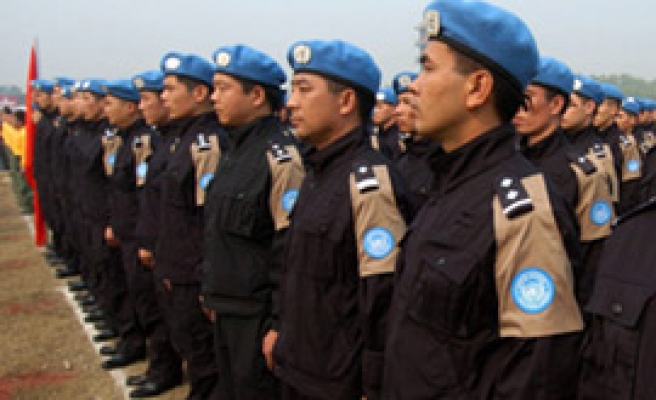 China is planning to send hundreds of engineers to Sudan to support a planned United Nations deployment of peacekeepers in Darfur, the US state department has said.

Welcoming the Chinese move, a department spokesman described it as "a positive development."

"We appreciate China's contribution in the international effort to stop the violence in Darfur,'' press officer Gonzalo Gallegos said in the unusual announcement of another nation's peacekeeping deployment.

An unnamed US official who spoke on condition he not be named said there would be about 300 Chinese in the contingent.

Gallegos said the engineers will help prepare for the arrival of a hybrid force of 3,000 UN and African Union (AU) peacekeepers in Darfur to bolster the struggling AU force already there.

China has close ties to Sudan which has become a major supplier of oil for its booming economy.

Critics, however, have accused Beijing of using its veto power at the UN to defend the Sudanese government, and put pressure on Beijing to use its influence to persuade Khartoum to allow greater international intervention to stop the violence in Darfur.

According to the UN more than 200,000 people have died and 2.5 million have been displaced since violence first broke out in the troubled region in 2003.

Under the UN plan another 17,000 troops are due to follow the initial deployment, although the Sudanese government has yet to agree to the larger force.

Gallegos said the US was looking to China to "to use its significant leverage in Khartoum to make this happen as soon as possible".

The Bush administration has warned of the possibility of additional sanctions against Sudan if the government in Khartoum continues to refuse to accept the full UN force. Last Mod: 08 Mayıs 2007, 10:17
Add Comment