China wants ICC to be careful on Sudan decision

China has come under international criticism for its oil interests in Sudan and its arms sales there, but it says it has played a positive role in convincing the government to accept a peacekeeping force. 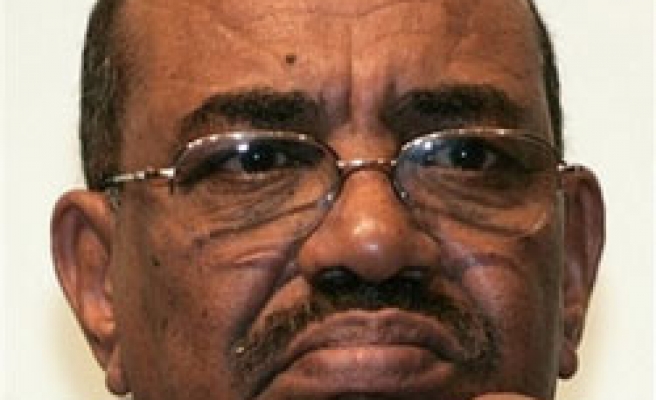 China expressed "grave concern and misgivings" on Tuesday over the decision of the International Criminal Court's prosecutor to seek an arrest warrant for Sudan's president on charges of genocide in the region of Darfur.
Foreign Ministry spokesman Liu Jianchao told a regular news conference that China had consulted with other members of the United Nations Security Council and "hopes to reach consensus with the relevant parties".

"The ICC's actions must be beneficial to the stability of the Darfur region and the appropriate settlement of the issue, not the contrary." China has come under international criticism for its oil interests in Sudan and its arms sales there, but it says it has played a positive role in convincing the government to accept a peacekeeping force and in encouraging dialogue.

After Liu Jianchao's explanations, He Wenping, an Africa expert at the Chinese Academy of Social Sciences, "This presents China with many quandaries," said a leading think-tank in Beijing.

It will have many consequences that China won't like. Our own peacekeepers could be threatened, and also this will seriously impede China's space to mediate over Darfur and encourage dialogue between Sudan and the West."

Liu confirmed that 172 Chinese peacekeepers will head to Darfur on Wednesday, bringing all of its 315 promised peacekeepers into place.

He Wenping and other observers did not expect China to move on its own to hold off the ICC, especially with Beijing determined to burnish its international image with the August Olympics.

Groups critical of China's arms and oil ties with Khartoum have urged protests to shame Beijing during the Games.

"With international opinion so excited ahead of the Beijing Olympics, this is not the time for dramatic decisions (by China)," said Shi. "The Olympics make a complicated situation for China even more complicated."

China's special envoy on Darfur, Liu Guijin, has not publicly commented on the charges against Bashir.

But in the official China Daily on Tuesday, Liu defended his country's role in Sudan and suggested it was Darfur rebels -- not Bashir's government -- impeding stalled peace efforts.

Rejecting a BBC report that Chinese-made arms found their way to government-backed forces in Darfur, Liu said Western-made arms in the hands of the rebels were the real trouble.

China is a major investor in Sudan's oil. Its crude imports from Sudan are relatively small, but with turbulent energy markets and heady oil prices, Beijing would be loath to turn against Khartoum and its resources.

But buffeted by international calls to staunch bloodshed in Darfur, China backed a U.N. resolution authorising a hybrid U.N.-African Union peacekeeping force, nudged Bashir to accept the force, and has contributed its own engineers.

China abstained from the Security Council vote in 2005 that authorised the ICC to investigate Darfur, angering Khartoum, which wanted China to use its veto power