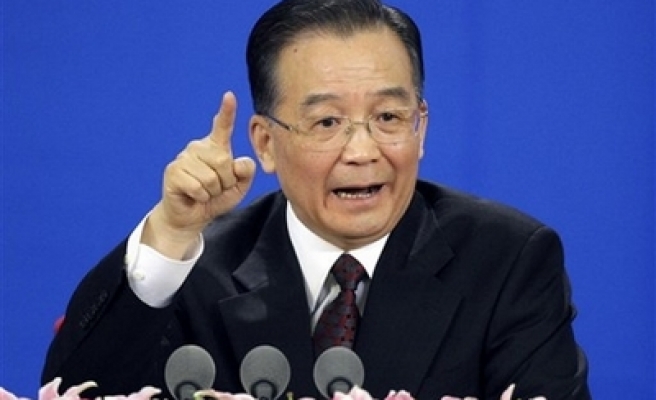 "There is ample fact and plenty of evidence proving this incident was organized, premeditated, masterminded and incited by the Dalai clique," Wen told a news conference.

"This has all the more revealed the consistent claims by the Dalai clique that they pursue not independence but peaceful dialogue are nothing but lies."

The Dalai Lama, who fled into exile in India in 1959, has denied Chinese accusations that he incited the rioting.

Monk-led pro-independence protests -- the biggest in almost two decades -- erupted in the Tibet's regional capital, Lhasa, last Monday and have spilled into nearby Chinese provinces populated by Tibetans.

Some turned ugly, weighing uncomfortably on China, which is anxious to polish its image in the build-up to the Beijing Olympic Games in August.