A group of Chinese lawyers have sued CNN, saying remarks by commentator Jack Cafferty in which he called Chinese "goons" violated the dignity and reputation of the Chinese people, a Hong Kong newspaper said. 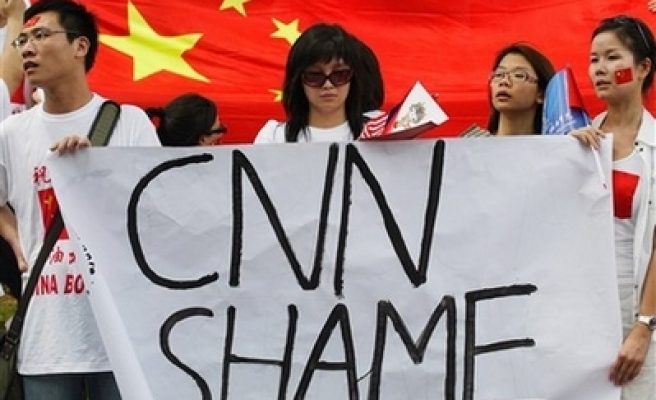 The Beijing-backed Wen Wei Po said the Beijing court had yet to accept the case, which comes amid a wave of criticism in China against Western news outlets in the wake of recent unrest in Tibet and disruptions to the Beijing Olympic torch relay abroad.

China's Foreign Ministry summoned CNN's Beijing bureau chief last week and demanded an apology after Cafferty said Chinese products were "junk", adding the remark: "They are basically the same bunch of goons and thugs they've been for the last 50 years."

One of the 14 lawyers who launched the case told the newspaper Cafferty's remarks "seriously violated and abused the reputation and dignity of the plaintiffs as Chinese people, and caused serious spiritual and psychological injury to the plaintiffs".

The lawyers sought the restoration of the Chinese people's reputation through publications and in the media and asked for 100 yuan ($14.31) in damages, it said.

In response to the Foreign Ministry's initial demand for an apology, CNN said there was no intent to cause offence and that Cafferty was offering a "strongly held" opinion of the Chinese government, not the people.

The Foreign Ministry, however, said the response was unsatisfactory and aimed to drive a wedge between the government and the Chinese people. ($1=6.988 yuan)