Chinese people have rescued 31 people forced to work for a year as slaves — given only bread and water and no pay — at a brickworks run by the son of a local Communist Party official, state media reported on Friday. 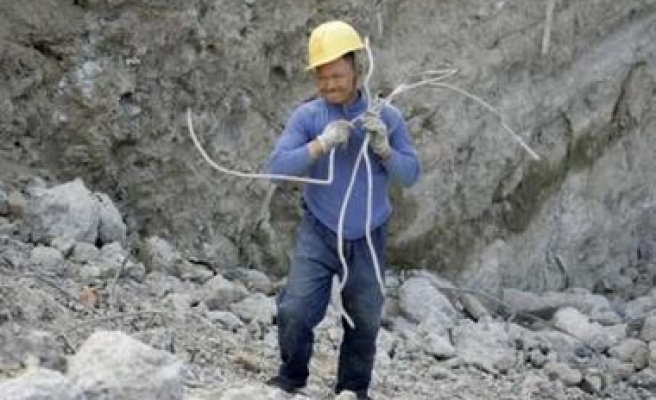 Chinese people have rescued 31 people forced to work for a year as slaves — given only bread and water and no pay — at a brickworks run by the son of a local Communist Party official, state media reported on Friday.

Eight of the workers were so traumatised by the experience they were only able to remember their names, the Beijing News said, citing a report in the Shanxi Evening Post.

One labourer was beaten to death with a hammer for not working hard enough, before police swooped to set the others free, the newspaper added.

The survivors had bruises, wounds and burns all over their bodies, having been made to carry uncooled bricks and walk barefoot in the kiln, it said.

“The grime on their bodies was so thick it could be scraped off with a knife,” the newspaper added.

They were guarded by dogs and “thugs” at the factory, near Linfen in the poor inland province of Shanxi, and the boss was only allowed to get away with it because of his political connections, the newspaper said.

“Local villagers said, had Wang Dongji not been Party Secretary, this brickworks which had no paperwork would have been discovered a long time ago,” it said, referring to the father of boss Wang Binbin.

The foreman’s son and one of the hired thugs had been detained by police, but four were on the run, the report said.

The workers are still living at the brickworks while the local government tries to get their wages.

“But the eight migrant workers who are not in their right mind have no idea where their homes are, and the local government is in the process of finding out,” the newspaper said.

A similar incident was reported last year, also in Shanxi province, although the workers were only kept imprisoned for two months.

Millions of migrant workers from poor rural areas have flocked to urban areas to find work, hoping to enjoy some of the fruits of an economy clocking near double-digit growth.

Working often for as little as $2 a day or less, they have helped turn China into the workshop of the world and one of the world’s biggest economies.

Many of these labourers work without formal contracts, and have little recourse to the law in case of disputes, which makes them more prone to exploitation. Last Mod: 08 Haziran 2007, 10:30
Add Comment