More than 20 percent of Chinese toys and baby clothes are substandard, according to the country's consumer safety watchdog, Chinese media reported. 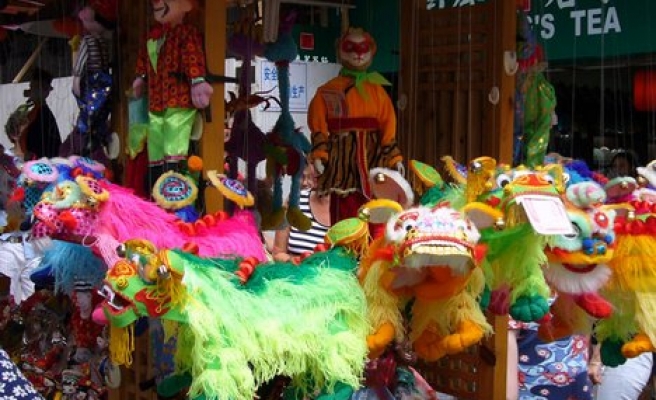 More than 20 percent of Chinese toys and baby clothes are substandard, according to the country's consumer safety watchdog, Chinese media reported on Monday.

Some toys made by local factories were even potentially dangerous, the Beijing News said, citing a nationwide probe by the General Administration of Quality Supervision, Inspection and Quarantine.

China is the world's largest exporter of toys, with more than $5-billion (about R35,3-billion) worth exported to the United States alone in 2005.

The United States and European Union have both expressed concern about the safety of certain made-in-China toys.

Industrial waste, including dirty carpet fluff, paper and used instant-noodle packaging, was found stuffed inside some toys made by factories in the northern province of Hebei and sold at rock-bottom prices nationwide, the newspaper added.

"These fluffy toys with bacteria or even viruses in them could cause children to itch if they touch them for a short time, or even cause disease over the long term," the newspaper said, citing a research report by the quality authorities.

Some toys had parts that could be easily torn off and potentially injure children, it said, adding that it was not uncommon for children to get sick or die because of poor-quality toys.

The watchdog found that some baby clothes contained chemicals that could cause skin problems, the newspaper said.

About five percent of baby milk powder tested was found to be of poor quality, with some containing excessive amounts of nitrate, it added.

China has been grappling with persistent consumer and food safety problems.

In one of its worst food scandals, at least 13 babies died of malnutrition in the eastern province of Anhui in 2004 after being fed fake milk powder with almost no nutritional value.

US consumers have also been alarmed by a spate of pet deaths blamed on tainted wheat gluten and rice protein exported from China, and by reports of toxins in other Chinese exports.