Chinese Vice-Premier Huang Ju, one of the most senior leaders in China, has died aged 68 in Beijing, the official Xinhua news agency has reported. 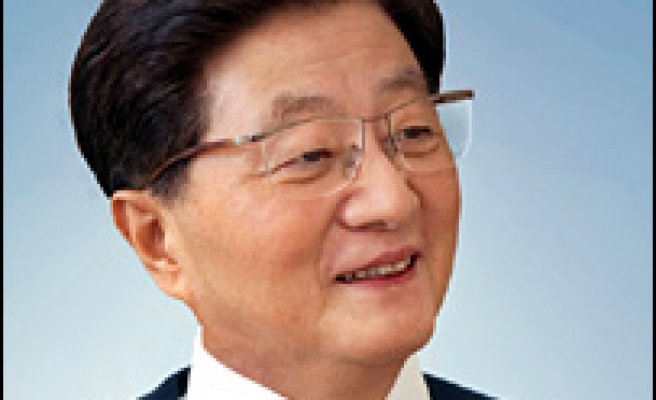 Huang was in charge of financial and economic policymaking in the Politburo, China's highest decision-making body.

He had not attended official functions since March 2006, when it was announced he was ill, reportedly with cancer.

An official obituary described him as a "long-tested and faithful Communist fighter" and an "outstanding leader".

Huang was one of the closest allies of the former Communist Party of China (CCP) leader, Jiang Zemin, and formed part of Mr Jiang's so-called "Shanghai Gang" - the top leaders who emerged from China's financial capital to help him run the country.

When Jiang Zemin stepped down and was succeeded by President Hu Jintao, Huang remained in place, a powerful voice to lobby for the promotion of the former president's supporters.

Correspondents say Huang's death will give Mr Hu an opportunity to further consolidate his power base at the upcoming 17th CCP Congress, a five-yearly meeting during which key personnel changes are made.

Born in September 1938 in the eastern coastal province of Zhejiang, Huang studied Engineering at the prestigious Qinghua University before becoming a technician at the Shanghai Artificial Board-Making Machinery Plant in 1966.
After taking on a series of increasingly important positions within state enterprises and the CCP in Shanghai, he became mayor of the city in 1991.

From 1995 until 2002, Huang served both as chief of the CCP in Shanghai and a member of the political bureau (Politburo) of the CCP central committee, the nexus of all power in China.

In 2002, Huang was promoted to the Politburo's nine-member standing committee, which works as a kind of inner cabinet and groups together the country's most influential leaders.

Huang's final appointment came in March 2003, when he became one of the State Council's four vice-premiers. His main responsibility was to formulate China's financial and economic policies.

The vice-premier's last public appearance was at China's parliament, the National People's Congress, in March 2006, when he urged delegates from Shanghai to support President Hu's anti-corruption drive.

The crackdown has led to Huang's successor as CCP chief in Shanghai, Chen Liangyu, being sacked for corruption.

Shortly afterwards, the state announced he was ill and would not attend all official functions.

One Hong Kong newspaper reported he was receiving treatment for pancreatic cancer, but the Chinese government refused to comment.

After announcing his death due to "illness" on Saturday, the authorities said Huang had been "an excellent member of the CCP, a long-tested and faithful communist fighter and an outstanding leader of the party and the state".