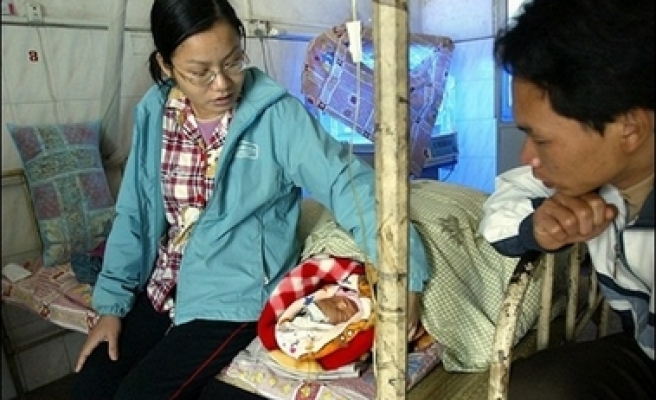 The latest riots erupted Tuesday in rural parts of the southern region of Guangxi, apparently in the mistaken belief that the government was reducing its fines for violating family size limits, the Xinhua News Agency reported.

China fines couples who have a second child $1300, a means of population control that represents an exorbitant sum in an area where most annual incomes are only $130.

In the town of Yangmei, several thousand people ransacked the main government office, a local official said. Xinhua said official vehicles were set on fire. About 100 police were called in, and some protesters were injured or detained, said the official, who refused to give his name.

A generation after being imposed, China's population control policies continue to engender anger and resentment, especially among the largely rural country's farmers. Under the regulations, most urban couples are limited to one child, while in many rural areas, couples are allowed two, especially if the first child is a girl.

Yangmei and Lingshan, both in Rongxian County, were reported calm Wednesday.

The protests were the second over family planning to strike Guangxi recently. A week and a half ago, thousands rioted in another county, leading to the detention of 28 people.