Jacques Chirac, the French president, has urged the country to remain "united and together" after he hands over to Nicolas Sarkozy, in a televised speech on his last day in office. 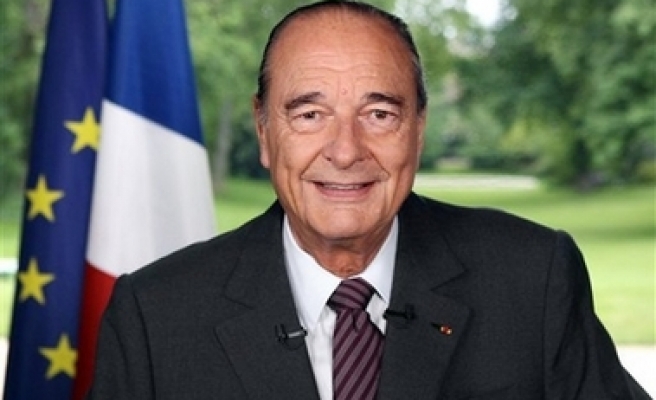 Jacques Chirac, the French president, has urged the country to remain "united and together" after he hands over to Nicolas Sarkozy, in a televised speech on his last day in office.

"United, we have all the advantages, all the strength, all the talent that we need to leave our mark in this new world that is unfolding before us," he said.

Chirac leaves the presidency after 12 years in office.

Dominique de Villepin, the prime minister and the cabinet resigned earlier on Tuesday, clearing the way for Sarkozy to nominate a new government later this week.

Stepping down from the presidency, Chirac is ending a 40-year career in politics.

He said he was "proud" of his accomplishments, but did not list them.

The 74-year-old offered Sarkozy, who won French presidential elections on May 6, his best wishes.

"I know that the new president Nicolas Sarkozy will be eager to lead our country further down the road of the future.

"And my best wishes go with him on this most demanding and beautiful of missions."

Sarkozy, a firm ally of George Bush, the US president, is set to begin his period in power on Wednesday with a visit to the German capital Berlin and a meeting with Chancellor Angel Merkel.

Chirac founded the neo-Gaullist Rally for the Republic party, today transformed into the Union for a Popular Movement, or UMP, that Sarkozy headed before being elected president.

Chirac is also automatically is entitled to join the Constitutional Council, one of the highest bodies in France, as a former president.

He said he planned to devote himself to campaigning for sustainable development and dialogue between cultures.

One of Chirac's last acts as president was to accept de Villepin's resignation, a spokesman for the president's office said.

The next French prime minister is widely expected to be Francois Fillon, a conservative who take office as early as Thursday morning.

Villepin, a former foreign minister who was fiercely opposed to the Iraq war, was appointed prime minister by Chirac in May 2005 after France rejected the EU constitution in a referendum.

His short time as head of government was marked by riots in ethnically-mixed suburbs, protests over a youth jobs law and accusations that he orchestrated a smear campaign against Sarkozy. Last Mod: 16 Mayıs 2007, 09:54
Add Comment