Chirac to be questioned in corruption case

Former French President Jacques Chirac is to be questioned by investigating magistrates next September concerning a corruption enquiry. 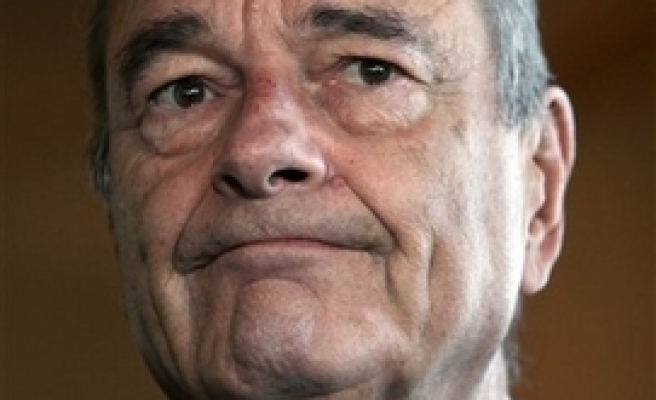 Former French President Jacques Chirac is to be questioned by investigating magistrates next September concerning a corruption enquiry linked with the creation of fictitious jobs at City Hall where he was Mayor from 1977 until 1995, it was revealed here Tuesday.

Chirac is likely to be summoned to appear before the magistrates at a so-far undisclosed judicial office in the presence of his lawyer, Jean Veil, who revealed the information on "Europe 1" radio early Tuesday.

Several attempts to question the former President while he was in office failed because he was ruled to be immune from any judicial process because he held the Office of President.

But since June 16, that immunity lost validity and magistrates appear to have lost no time in summoning Chirac for questioning.

The fictitious jobs scandal has already led to prosecution of one of Chiracs closest allies, former Prime Minister Alain Juppe, who was found guilty several years ago and banned from holding political office for over a year.

Observers here said at the time that Juppe had accepted to take the blame to save Chirac.

Juppe returned to France after a period of self-banishment to Canada and resumed political activities, even joining the first government of President Nicolas Sarkozy as Minister of State, the number two post.

But after he was defeated in legislative elections on June 17, he resigned and is now simple Mayor of Bordeaux.

As well as the City Hall scandal, Chirac may be called to give testimony on his role in a number of other cases that are currently being investigated, mainly to do with jobs for friends.

Another case that may involve the former President is the "Clearstream" case involving pay-offs and alleged pay-offs to officials and politicians here linked with the sale of naval frigates to Taiwan in the early 1990s.

The "Clearstream" case turned up lists of senior officials here believed to have received money and the name of the current President, Nicolas Sarkozy, emerged on a list, which later proved to be fake.

But the role played in this affair by the former President, then a strong rival to Sarkozy, is still unclear as are the circumstances surrounding a secret investigation ordered into "Clearstream" Last Mod: 26 Haziran 2007, 18:31
Add Comment