Indulging in chocolate during pregnancy could help ward off a serious complication known as preeclampsia, new research suggests. 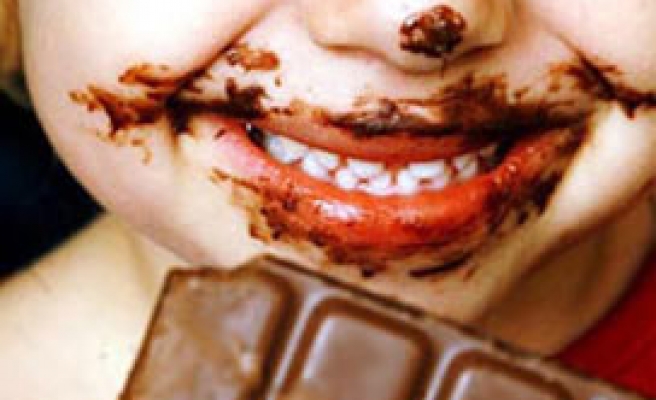 Chocolate, especially dark chocolate, is rich in a chemical called theobromine, which stimulates the heart, relaxes smooth muscle and dilates blood vessels, and has been used to treat chest pain, high blood pressure, and hardening of the arteries, Dr. Elizabeth W. Triche of Yale University in New Haven, Connecticut and colleagues write.

Preeclampsia, in which blood pressure spikes during pregnancy while excess protein is released into the urine, has many features in common with heart disease, the researchers add.

To investigate whether chocolate's possible cardiovascular benefits also might help prevent preeclampsia, the researchers looked at 2,291 women who delivered a single infant, and asked them about how much chocolate they consumed in their first and third trimesters. The researchers also tested levels of theobromine in infants' umbilical cord blood.

A similar, but weaker, relationship between chocolate consumption and preeclampsia risk was seen in the first trimester, with women eating five or more servings of chocolate each week at 19 percent lower risk than those who ate chocolate less than once a week.

Theobromine could improve circulation within the placenta while blocking oxidative stress, or it could also be a stand-in for other beneficial chemicals found in chocolate, Triche and her team note in the May issue of Epidemiology.