Drugs that are commonly used to lower cholesterol can block the proliferation and promote the destruction of esophageal cancer cells in the laboratory, according to a report in the American Journal of Gastroenterology by UK researchers. 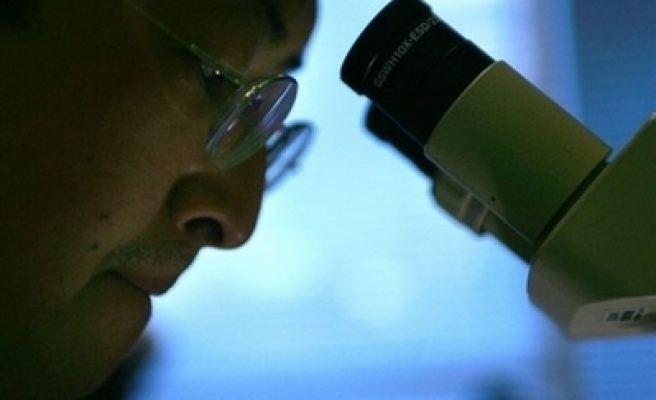 The esophagus is the tube that carries food, liquids and saliva from the mouth to the stomach - and adenocarcinoma is the most common type of cancer in this organ.

Statins, a type of popular cholesterol-lowering agents, which include drugs such as Lipitor, achieve this effect by inhibiting the signaling pathways that lead to the formation of the cancer cells, co-authors Dr. Olorunseun O. Ogunwobi, from Norfolk and Norwich University Hospital, and Dr. Ian L. P. Beales, from the University of East Anglia in Norwich, note.

A rapid rise in the number of esophageal cancers and deaths has been seen worldwide, leading many researchers to look for drugs that can prevent this cancer from occurring, report indicates.

Prior research has shown that statins, which have a good safety record, can reduce the availability of various biosynthetic intermediate molecules that are critical for cancer cell signaling. Whether this might translate into a beneficial anti-cancer effect, however, was unclear.

"As yet, it is not possible to extrapolate from our laboratory studies to clinical scenarios, but the current data do suggest that any effects of statins taken by patients with esophageal cancer and Barrett's esophagus are possibly beneficial," the investigators note.

Further examination of statins or other agents that inhibit the same signaling pathways that lead to the formation of esophageal cancer cells -- in experimental models or in clinical trials with patients -- should continue so researchers can "better define whether this class of drugs has a definite role in prevention or treatment of esophageal cancer," the authors conclude.