A Hungarian newspaper Wednesday ran a picture of a Boeing 737 allegedly used for CIA rendition flights in central and Eastern Europe. 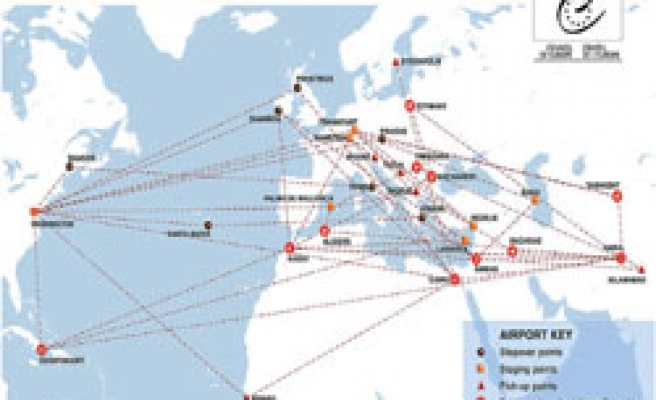 The daily Nepszabadsag ran a photo of a white plane bearing the registration number N34315. That aircraft was allegedly used to ferry people from the Middle East and South Asia to the United States, the Hungarian news service, MTI reported.

The photo is from Budapest's Ferihegy airport and the plane is thought to be the same one spotted in previous rendition photos taken in central Europe and Ireland. It doesn't say when the picture was taken, however. A check of the Web site credited with the picture indicates the photograph is from 2006.

A spokesman for the Ferihegy airport said charter flights from the United States often stop in Budapest on their way to Iraq, noting a Boeing 767 landed for refueling there Tuesday.

The Hungarian Foreign Ministry had no official comment of the photo.