The head of Spain's Islamic Board made a call to be given preferential terms for Spanish citizenship for descendents of Muslims expelled from Spain in the 17th century. 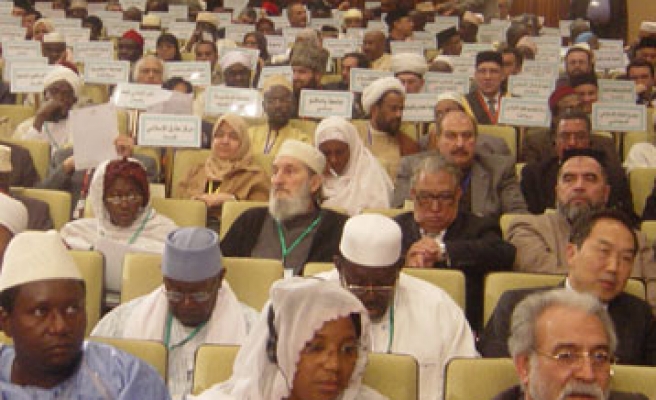 The head of Spain's Islamic Board, the biggest group representing Spanish Muslims made a call to be given preferential terms for Spanish citizenship for descendents of Muslims expelled from Spain in the seventeenth century.

The proposal was made at a meeting this week in Cordoba, a city in Andalusia which was the centre of Islamic civilization in the Iberian peninsula during nearly eight centuries of Moorish rule of much of what is now Spain and Portugal.

In 1609, Spain's King Philip III ordered all Muslims to leave his kingdom, leading to the expulsion of about 300,000 people. Their descendents today mainly live in North Africa and still regard themselves as "Andalusians", after the old name for Muslim Spain -- "Al Andalus"

Giving them preferential terms for Spanish citizenship would be an act of symbolic reconciliation, said Mansur Escudero, head of Spain's Islamic Board, the biggest group representing Spanish Muslims.

"The Andalusians who live in North Africa, most of them in Morocco, in Tunisia, in Libya, they're part of those societies and aren't going to want to come to Spain," Escudero said.

"It would be more of an emotional, moral gesture, a recognition of an historic injustice," he told Reuters, adding that some "Andalusian" families still preserved keys to houses they left behind four centuries ago.

Sephardic Jews, whose ancestors were expelled from Spain in 1492, already have a special right to obtain Spanish citizenship after two years legal residence in Spain, a privilege also available to citizens of Spain's former colonies.

A small left-wing party, Izquierda Unida, has backed the call for preferential citizenship for descendents of Spanish Muslims. The governing Socialists, who have promoted an "Alliance of Civilizations" between the West and Islam, have yet to give their response, Escudero said.

But many Spaniards, particularly Catholic conservatives, fret about Muslim assertiveness, especially now that immigration has given the country a significant Muslim population -- about one million -- for the first time in 400 years.