A group of 500 academics, journalists and civil society representatives release a declaration condemning a recent military statement that threatened the government with intervention. 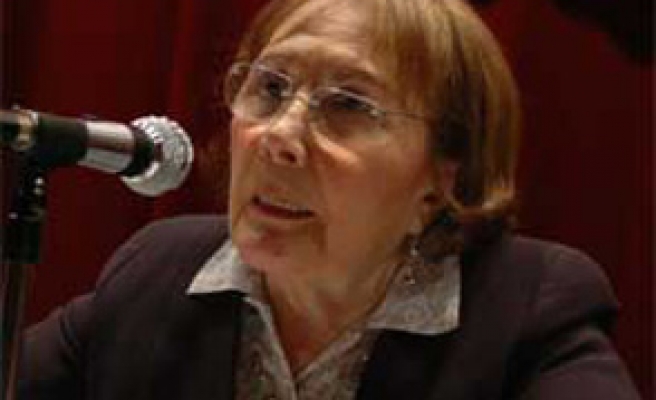 A group of 500 academics, journalists and civil society representatives release a declaration condemning a recent military statement that threatened the government with intervention.

A group of 500 people including journalists, academics, writers, activists and representatives of civil society organizations have signed a joint declaration protesting a memorandum issued by the military on April 27 "warning" the government to select a presidential candidate the generals would favor.

The memorandum was posted on the General Staff Web site late at night. Sixty-seven journalists, 48 professors, 132 academics, 35 legal professionals and a large number of doctors, artists and civil society leaders signed the declaration, which said, "The General Staff memorandum released on the night of April 27, 2007 has profoundly wounded our democracy."

The declaration stated that any intervention from the military bureaucracy in the political sphere and general acceptance of such interventions as "natural" or "normal" was "unacceptable."The declaration of the General Staff is an open threat to democracy and a crime according to the law," it said.

The intellectuals' statement expressed the belief that the 1982 Constitution, a product of the Sept. 12 coup and its regime, lay at the heart of the issues Turkey is struggling with today. "If Turkey wants to get out of the depression from which it is currently suffering once and for all, it should rescue itself from this constitution. As long as our country does not adopt a constitution based on the common ground of liberalism, pluralism, peacefulness and secularism, and as long as an election law allowing political representation of all segments of society by eliminating election barriers [does not exist], it will not be possible to end the capabilities of this structure, which continuously produces crisis and the power centers that thrive on these crises," the statement read.

The statement expressed concern that currently efforts were being made to find an excuse to turn today's "guardianship regime," where the military is the "protector," into an open coup d'état. "We believe the secular republic can stay alive not with the support of military memorandums but by enhancing democracy," it said.

The declaration ended with the sentence, "As citizens determined to protect a free, democratic and secular Turkey, we openly state that we have the right to resist any intervention intending to destroy democracy."

Last week, a similar group of 205 people, including academics, lawyers, journalists and artists, had released a declaration criticizing military interventions in politics. That declaration had also condemned the statement posted on the General Staff's Web site at midnight on April 27, calling for legal action against generals responsible for past interventions.