Lebanese troops have continued to battle an armed Palestinian group at a refugee camp in northern Lebanon for the second straight day, security sources have said. 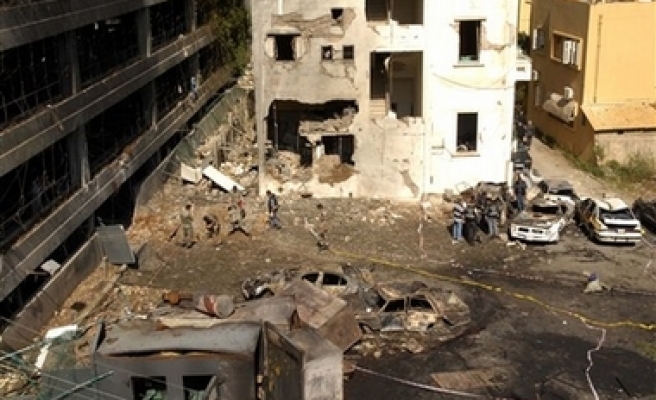 Lebanese troops have continued to battle an armed Palestinian group at a refugee camp in northern Lebanon for the second straight day, security sources have said.

On Monday, sources said the military had tightened their grip around the Nahr al-Bared camp and were shelling positions held by the Fatah al-Islam group at the entrances of the camp.

Witnesses said Fatah al-Islam fighters were firing back on army positions.
At least eight civilians were killed and 20 wounded on Monday in Lebanese army shelling, Palestinian sources inside the camp said.

However, another Al Jazeera correspondent close to Nahr al-Bared camp said gunfire continued after the appeal.

About 50 people died in fighting on Sunday between the Lebanese military and Fatah al-Islam fighters.

Palestinian representatives have called for medical aid be sent to the camp.

There are reports that water tanks in the camp have been destroyed by Lebanese army shelling.

Abu Hisham Laila, an official of the Popular Front for the Liberation of Palestine , speaking to Al Jazeera from inside the camp, called the Lebanese bombing of the camp "indiscriminate".

"All residents have stayed at home, taking shelter in lower floors," he said.

"We want ambulances to be allowed into the refugee camp to transfer the civilian casualties. We also want fire brigades to enter the camp and put off the fire in many buildings."

Zeina Khodor, reporting for Al Jazeera from close to the Nahr al-Bared camp, said: "The camp is virtually sealed off. Paletsintians inside the camp are telling us there are scores of civilian wounded."
Last Mod: 21 Mayıs 2007, 19:23
Add Comment