Clashes between government forces and Shia fighters have resumed. 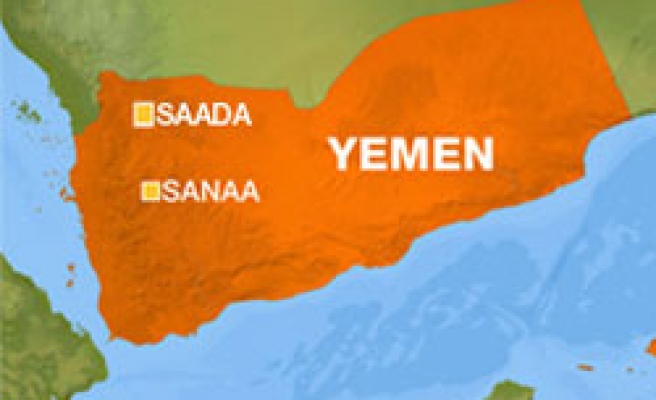 Clashes between government forces and Shia fighters have resumed after a deadly bombing near a northern Yemeni mosque, according to a government official.

The official said on Saturday three soldiers and four fighters of Abdel-Malek al-Huthi's group were killed in overnight clashes in the mountain province of Saada near the Saudi border.

The fighting erupted even as families buried the victims of the previous day's bombing.

A booby-trapped motorcycle exploded as crowds of worshippers left Friday prayers at the Bin Salman mosque, leaving at least 15 people dead and wounding 55 others.

Earlier some witnesses said that it was a minibus parked outside the mosque that exploded.

Al Jazeera's Hashem Ahelbarra, reporting from the capital Sanaa, said that many of the dead were members of the Yemeni military.

"This is a very serious development, and the situation remains very delicate," he said.

"We criticise and condemn this regrettable incident"

"Saada is a volatile region, cordoned off by the army - it is essentially off limits, even to local media."

Another Al Jazeera correspondent said that the mosque's imam - who is also a military leader in the area - was the most likely target of the blast.

Saada, situated in northwest Yemen, has been the site of an uprising by members of the Zaidi community, a branch of Shia Islam, that has killed thousands of people since 2004.

The fighters are known as Huthis, named after Hussein Badr Eddin al-Huthi, their former commander, who was killed by the army in September 2004.

The government blamed the Huthis for the attack and said six people had been arrested.

"Those who carried out this ugly crime are terrorists and criminals linked to the terrorist Abdul-Malik al-Huthi," an interior ministry statement said, referring to the brother of the late commander.

However, the group has denied any responsibility for Friday's attack.

Abdul-Malik al-Huthi told Al Jazeera: "We condemn this regrettable incident and deny categorically any role in this incident.

"It is not part of our ethics to target mosques or worshippers at all."

The renewed violence comes despite efforts to implement a peace deal between the government and the fighters, brokered by Qatar in June 2007.

The agreement, under which the fighters would lay down their arms, was revived during a meeting between the two sides in Doha in February.

In January, clashes renewed between the fighters and thousands of government troops backed by tanks, artillery and helicopters.

Tribal leaders in the northern region say more than 30,000 residents have been displaced by the fighting.

The Huthis have been fighting to restore the Zaidi imamate, which was overthrown in a coup in 1962.

They reject Ali Abdullah Saleh, the president, and his government although Saleh himself is a Zaidi.