Climate change is affecting the growth of fish, with those living in warmer, shallow waters growing faster and species in cooling deep ocean waters growing slower, according to an Australian study. 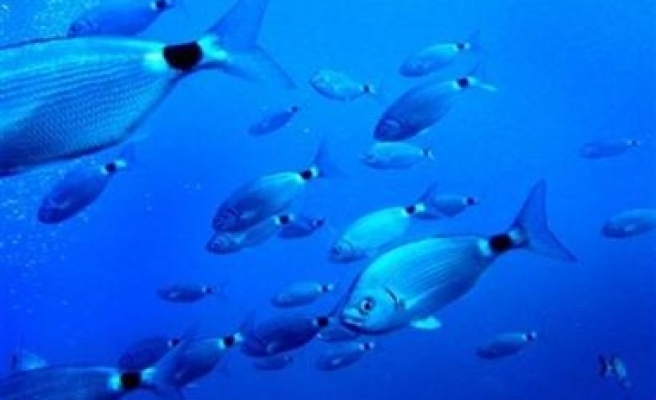 Climate change is affecting the growth of fish, with those living in warmer, shallow waters growing faster and species in cooling deep ocean waters growing slower, according to an Australian study.

The research by Australia's Commonwealth Scientific and Industrial Research Organisation (CSIRO) found fish were growing faster in waters above a depth of 250 meters (825 feet) and had slower growth rates below 1,000 meters (3,300 feet).

"These observations suggest that global climate change has enhanced some elements of productivity of shallow-water stocks but at the same time reduced the productivity and possibly the resilience of deep-water stocks," said the CSIRO's Ron Thresher.

"Growth rates in the deep-water fish are slowing because water temperatures down there have been falling, apparently for the last several hundred years," oceanographer Thresher told Reuters on Friday.

Thresher's team studied 555 fish specimens, such as Banded Morwong, Redfish, Jackass Morwong and Orange Roughy, from waters around Maria Island off the east coast of Australia's island state of Tasmania. The fish were aged 2 to 128 years and had been born between 1861 to 1993.

Changes in sea temperature were obtained from a 60-year-long record at Maria Island and by using 400-year-old deep-ocean corals to measure temperature at depth.

To gauge the growth rates of fish the scientists studied the earbones of eight fish species which show similar characteristics to the growth rings used to determine the age of a tree.

"Average juvenile growth rates have changed significantly during the last 50 to 100 years for six of the eight species examined," said the study published by the U.S.
National Academy of Sciences.

Growth rates of juvenile Morwong, a coastal species which enjoys warmer waters, were 28.5 percent faster in the 1990s than in the mid-1950s, the CSIRO study found.

By comparison, juvenile Oreos, a species found at depths of around 1,000 meters, were growing 27.9 percent slower than in the 1860s. The study found that the growth rates of deep-water species began decreasing before the onset of commercial fishing.

"With increasing global warming, temperatures at intermediate depths are likely to rise near-globally. This could mean that over the course of time, the decrease in growth rates for the deep-water species could slow or even be reversed," said Thresher. Last Mod: 29 Nisan 2007, 18:57
Add Comment