Former US and French presidents "personally" blocked plans to arrest Karadzic, a former official of the UN war crimes tribunal said in an interview released Sunday. 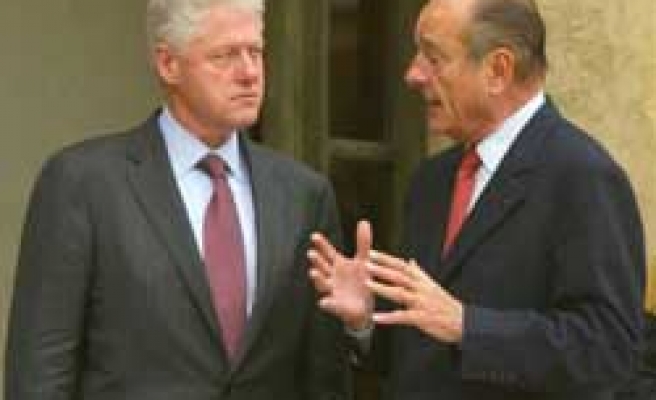 Former US and French presidents Bill Clinton and Jacques Chirac "personally" blocked plans to arrest the Bosnian Serb leader Radovan Karadzic, wanted for a genocide trial over the past 13 years, a former official of the UN war crimes tribunal said in an interview released Sunday.

Florence Hartmann, a former spokeswoman of the International Criminal Tribunal for the Former Yugoslavia (ICTY) prosecutor, said in an interview with the daily Blic that "sometimes the arrest was blocked personally by Chirac, another time it was Clinton."

Karadzic was arrested in July in Belgrade after 13 years on the run. ICTY accused him in 1995 of genocide and raised other charges over his role in atrocities such as the massacre of 8,000 Muslims in Srebrenica during the 1992-95 Bosnian war.

The former president of the Serb entity in Bosnia, Karadzic claims that he made a deal with the former US envoy, Richard Holbrooke, to withdraw from politics and fade away and so avoid arrest and trial.

During his run from justice, ICTY had "abundant" information which could have led to Karadzic's arrest, Hartmann claimed. In her words, apart from France and US, Britain also blocked the arrest.

She said that Karadzic was finally arrested because the "US realized that out of a courtroom he was an obstacle to the region's future."

Hartmann said "Karadzic's arrest was less fo a problem for Serbia than the West," but did not elaborate.

Also, Serbia needs to bring all war crime fugitives to justice to clear the key hurdle blocking its path to European Union membership.

In a separate interview, Mladic's brother Dusan told Blic how the general, who personally commanded operations in Srebrenica, would commit suicide rather that to allow an arrest. A similar claim was made by another relative in the past week.