In men who smoke, drinking coffee and tea may reduce the risk of stroke caused by a blockage, findings of a new study hint. 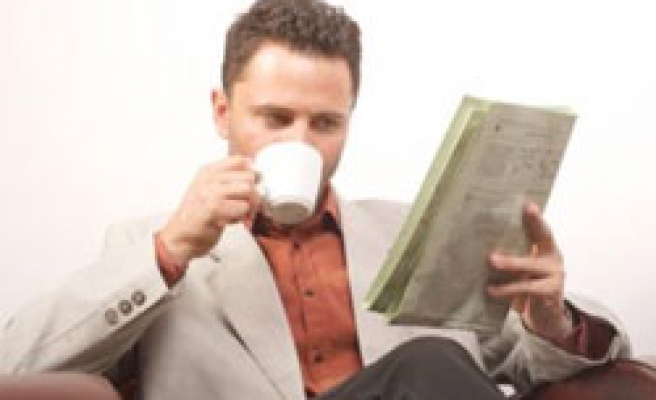 "Coffee and tea consumption could potentially reduce the risk of stroke because these beverages have antioxidant properties," Dr. Susanna C. Larsson, of the Karolinska Institute, Stockholm, Sweden, and colleagues explain in the journal Stroke.

Larsson's team examined ties between consumption of coffee and tea and risk of different types of stroke -- such as cerebral hemorrhage and subarachnoid hemorrhage, both of which are strokes caused by bleeding in the brain, and cerebral infarction, which is a more common type of stroke caused by blockage of an artery that supplies blood to the brain. This type of stroke is often caused by hardening of the arteries (atherosclerosis).

The study included 26,556 adult male Finnish smokers participating in a large cancer prevention study who provided information on diet, including coffee and tea drinking, at the start of the study. None of the men had a history of stroke at the outset.

During 13.6 years of follow-up, there were 2702 cerebral infarctions, 383 intracerebral hemorrhages, 196 subarachnoid hemorrhages, and 84 unspecified strokes.

No association was observed between coffee and tea consumption and intracerebral or subarachnoid hemorrhage.

These results, the investigators conclude, "suggest that high consumption of coffee and tea may reduce the risk of cerebral infarction among men, independent of known cardiovascular risk factors."

"Beneficial effects of consumption of coffee and tea with regard to risk of cerebral infarction are biologically plausible because coffee and tea contain phenolic compounds with antioxidant properties that may prevent atherosclerosis," Larsson and colleagues point out. They think the findings should be confirmed in women and non-smokers.