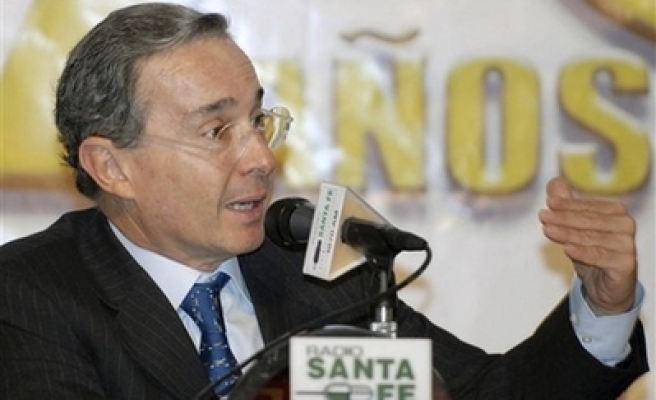 Mark Penn, who in addition to working as Clinton's chief campaign strategist is a lobbyist in his capacity as chief executive officer of Burson-Marsteller Worldwide, said his meeting with Ambassador Carolina Barco Isakson "was an error in judgment that will not be repeated."

"The Colombian government considers this a lack of respect to Colombians, and finds this response unacceptable," the Colombian Embassy in Washington said in a statement, which announced the Trade Ministry had ended the contract.

Colombia is a staunch White House ally which has received more than $5 billion dollars in U.S. aid to fight cocaine traffickers and guerrillas involved in Latin America's longest-running left-wing insurgency.

The firm was retained by the embassy in March of last year, the embassy said. It had a contract to promote approval by the U.S. Congress of a trade deal with the South American nation.

Colombian President Alvaro Uribe has lobbied hard for the free trade deal, but U.S. Democrats are resisting, saying they are worried about violence against union labor leaders caught up in the country's four-decade-old conflict.

Uribe, a supporter of open-markets in a region where leftist leaders criticize U.S. proposals, called for respect and said his government was making progress in tackling violence that has fueled Democratic opposition to the deal.

"If Colombia is going to be a subject of the electoral campaign in the United States, we ask it be done with all respect for the ally that Colombia is," he said at an event.

Clinton, who is seeking the Democratic Party's presidential nomination, opposes the deal and intends to vote against it, her campaign said.

Penn met with the Colombian ambassador on March 31, the embassy said. It said Colombia would continue its efforts to get a favorable vote on the trade deal.

In a statement issued by the Clinton campaign on Friday, Penn said of the meeting, "I am sorry for it." He added, "The senator's well-known opposition to this trade deal is clear and was not discussed."