Colombia militias paid by US companys

A paramilitary commander has accused US companies which buy Colombia's bananas of financing illegal right-wing militias that have killed thousands of people in more than a decade. 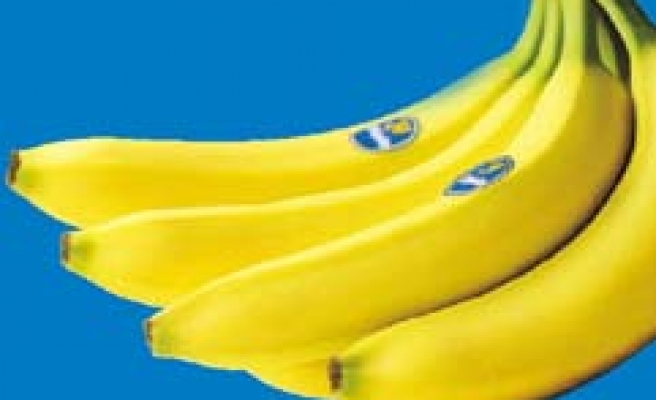 A paramilitary commander has accused US companies which buy Colombia's bananas of financing illegal right-wing militias that have killed thousands of people in more than a decade.

In testimony to investigators, jailed commander Salvatore Mancuso named Chiquita, Dole and Del Monte as having made regular payments to the paramilitaries, according to Jesus Vargas, a lawyer for victims of paramilitary violence who was present at the hearing.

The hearing was closed to the press.

Mancuso testified that "each one paid one [US] cent for each box of bananas they exported", according to Vargas.

Mancuso did not specify why the companies paid the illegal militias but paramilitaries commonly exact "war taxes" from businesses and ranchers in areas where they operate.

Across the country, the paramilitaries countered leftist rebel extortion. They also served as union busters, and killed hundreds of labour rights activists.

A spokesman for California-based Dole Food denied the accusation.

A Del Monte spinoff, Del Monte Fresh Produce, has a subsidiary in Colombia that buys bananas. It did not immediately return phone calls from the Associated Press.

The Colombian chief federal prosecutor's office says a Banadex ship was also used to unload 3,000 Kalashnikov rifles and more than 2.5 million bullets in 2001.

It agreed to pay a fine of $25m in a deal with the US justice department.

Chiquita says the payments were made to protect the safety of its workers but Colombia's chief prosecutor has said companies that made such payments shared the responsibility for paramilitary murders.

Mancuso, testifying as part of a peace deal with the government, also accused Colombian beverage and coal companies of paying "taxes" to the paramilitaries.

Wealthy landowners and drug traffickers first created the paramilitaries in the early 1980s to protect them from rebel extortion and kidnapping but the groups have since largely degenerated into murderous gangs.

The paramilitaries, known by their Spanish acronym AUC, were listed as a "foreign terrorists organisation" in 2001 by the US government.