Companies use menthol to hook young smokers: US study

Tobacco companies manipulate the amount of menthol in cigarettes to make those first few puffs more palatable to young smokers, U.S. researchers said on Wednesday in a finding that could fuel support for more tobacco regulation. 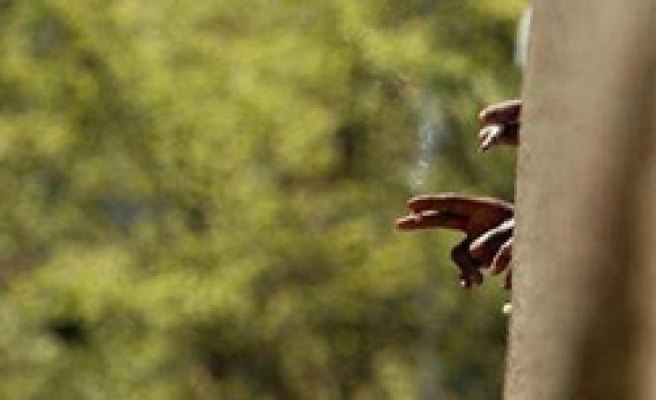 "Menthol stimulates the cooling receptors in the lung and oral pharynx," said Dr. Gregory Connolly of the Harvard School of Public Health, whose study appears in the American Journal of Public Health. "It makes smoking easier."

The study comes as the U.S. Congress considers legislation that would give the Food and Drug Administration broad authority to regulate tobacco.

"It would appear this report is simply an effort to push support for federal regulation of the tobacco industry, not a scientific review of the menthol category," said David Howard, a spokesman for R.J. Reynolds, a unit of Reynolds American Inc, maker of Camel and Kool cigarettes.

Smoking is the biggest cause of preventable death in the United States, killing more than 400,000 people each year.

What they found is that tobacco makers adjust menthol levels to make cigarettes more attractive to young smokers.

According to the study, in 1987 R.J. Reynolds identified marketing low menthol varieties as a new strategy to recruit new, young smokers, noting in a company document: "First-time smoker reaction is generally negative .... Initial negatives can be alleviated with a low level of menthol."

Connolly said companies target mild menthol cigarettes for younger smokers, and stronger menthol flavors for established smokers. "Menthol helps the nicotine go down," Connolly said in a telephone interview, but he added that too much menthol is hard for new smokers to tolerate.

Among the brands tested, the researchers found those with the greatest market share growth among young adults -- Lorillard Inc's Newport brand and Philip Morris USA's Marlboro Milds -- had the lowest menthol levels.

He said it was clear to him that tobacco companies "are using an ingredient here to make nicotine addiction easier."

"There is very little direct relevant data that shows menthol affects initiation," Sylvia said, adding that the company's products "were not designed for nor marketed to underage smokers." However, he said Philip Morris supports FDA regulation of tobacco.

According to the American Lung Association, each day, 4,000 children under 18 smoke their first cigarette, and almost 1,100 of them will become regular smokers.

Connolly said the findings underscore the need for tobacco regulation by the FDA. The bill before the U.S. House of Representatives specifically prohibits fruit and candy-flavored cigarettes, but exempts menthol.

That has led the National African American Tobacco Prevention Network to withdraw its support for the bill, claiming it is incomplete and discriminates against blacks.

More than 70 percent of black smokers in the United States use menthol cigarettes, compared with about 30 percent of white smokers, the researchers said.

The Campaign for Tobacco-Free Kids said in a statement the study shows how lack of tobacco regulation allows companies to manipulate their products in harmful ways.