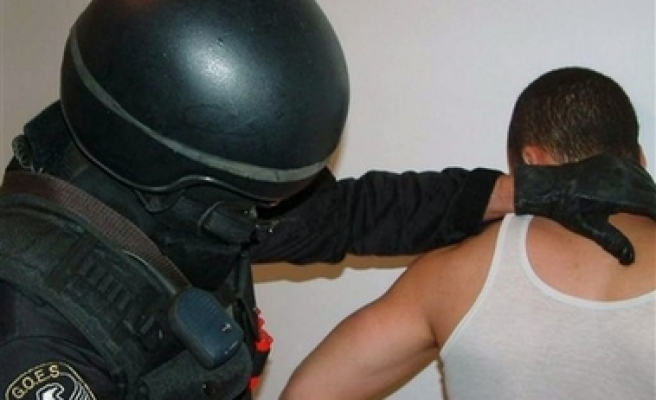 The judiciary is investigating allegations of ill-treatment by an African immigrant at the same police station in Barcelona's Les Corts neighbourhood where the two other cases occurred, the daily El Mundo reported Thursday.

The man had a medical certificate proving that his arm had been broken in three places. He said he had been beaten up by seven or eight police officers in April 2006.

Police officers were also being interrogated about the case of a young man who was arrested around the same time as the African. He said he had been hit on the head and body at the same police station and another one.

The media had earlier aired two video tapes made by hidden cameras at the Les Corts police station.

In one of them, a female police officer was seen slapping a Russian detainee, grabbing her by the throat and throwing her to the ground. The other showed four male officers beating a detainee.

The local authorities have pledged to place video cameras at all police stations in the Catalonia region. More than 4,000 Catalan police demonstrated Wednesday in Barcelona, accusing the authorities of tarnishing their reputation by making the tapes public.

Cases of abuse have also been alleged in Madrid. Four police officers have been detained on charges of staging fake identity checks to steal money from about 20 Chinese shopkeepers and other immigrants, the daily El Pais reported Thursday.

The officers asked for wallets, went to the street 'to see the identity documents better' and took money, the Chinese charged. The officers were suspected of stealing a total of 5,700 euros (7,700 dollars).

Police sources denied the charges, saying Chinese criminals were making false claims against officers who were investigating their extortion activities.

Earlier, seven Madrid police officers were indicted for hitting two young men who had been detained for urinating on the street. The officers denied the accusations, saying they had only responded to very aggressive behaviour. Last Mod: 07 Haziran 2007, 17:56
Add Comment