Yasemin Congar, Washington representative of the daily Milliyet, wrote in Thursday's edition of her daily to counter accusations leveled against her in a statement released by the General Staff on Wednesday. 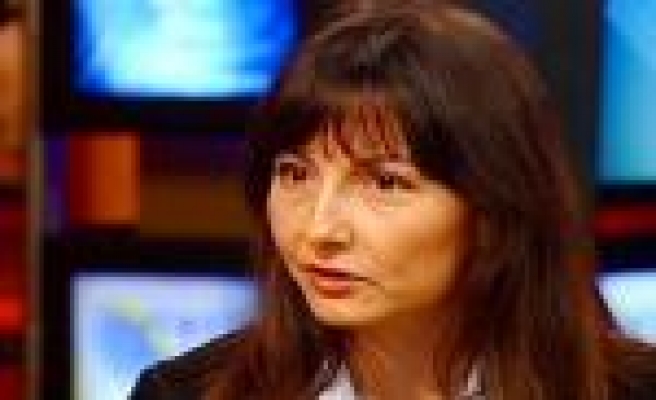 Information on the contents of a closed-door discussion on Turkey at the Washington-based Hudson Institute was obtained from and confirmed by more than one source present at the meeting, the journalist blamed by the Turkish military for "purposeful" leak of the story to the press said in a statement yesterday.

Six days after the controversial meeting was first reported, the General Staff responded to growing calls for a clarification and released a statement on Wednesday on last week's meeting at the conservative think tank, attended by two officials from the Turkish military and US officials.

Scenarios that could prove disastrous for Turkey and lead to a Turkish incursion into northern Iraq were allegedly discussed at the brainstorming session.

In response to controversy surrounding the event, the General Staff accused Çongar -- without mentioning her by name -- of having purposefully manufactured the news story to "defame" the military.

Countering the accusation, the journalist wrote in Milliyet that the information she gave was exactly the same as the invitation text sent out by the Hudson Institute workshop on Turkey, held on June 13.

The same invitation was obtained by and published in much of the Turkish press. She also recalled that the Hudson invitation openly stated that guests from the Turkish General Staff's own think tank, the Strategic Research and Study Center (SAREM), would be joining the workshop.

The General Staff had denied this in their statement on Wednesday, saying the SAREM members had only planned a visit to the institute, and not to the meeting.

"Milliyet has shown the utmost care, in reflecting the meeting at Hudson in its pages, in a way that would leave no doubt on the proper application of all the rules and ethics of journalism," Çongar wrote.

She also stated that more than one participant of the meeting had confirmed that one of the analysts expressed the opinion that "the US should not hand over Kurdistan Workers' Party (PKK) terrorists to Turkish authorities ahead of the elections, for that would bolster the popularity of the Justice and Development Party (AK Party) government."

The ruling AK Party, she continued, is not well-liked by US neoconservative circles, including the Hudson Institute.

Referring to the part of the General Staff statement that claimed that "the news story about 'the terrorists that would be delivered to Turkey', is the result of pure imagination and it bears the purpose of covering a lie with another lie and defaming institutions by pointing at the wrong target," Çongar said this expression was "unfair and unfortunate."

She said she believed the participants of the meeting would soon identify themselves and confirm her story; and completely expose the truth.

Information leaked to the Turkish press on the alleged content of the meeting, which was initially not denied by the Hudson Institute, subsequently raised great resentment in Turkey.

The ensuing furor was reflected in angry statements issued by top politicians and commentators, as well as by the retired head of the Constitutional Court -- whose assassination formed one of the scenarios allegedly discussed at the think tank.

In addition to the possible assassination, the scenarios included a powerful explosion by a suicide bomber killing 50 people in the busiest street of İstanbul.