Many of Frances 44.5 million voters shunned the first round of legislative elections held here Sunday, with only 60.5 percent turnout recorded by initial estimates. 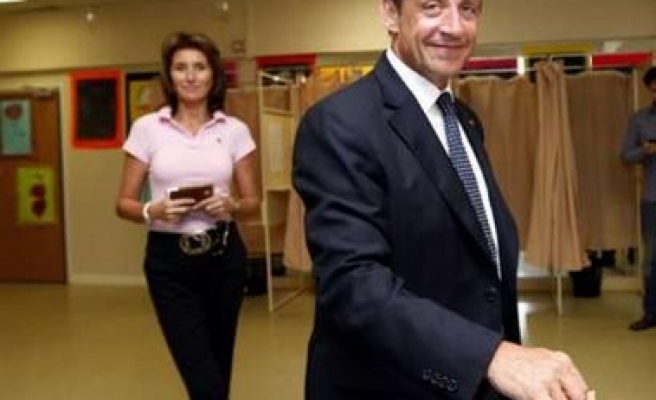 The low turnout appears to reflect a sentiment that the Union for a Popular Movement (UMP) and its conservative allies would run away with the vote, which in effect happened today. In Presidential elections held in April and May, turnout was close to a record 85 percent, but voter fatigue may also account for Sundays poor showing.

The conservatives got between 41.3 and 45.8 percent of first-round ballots, according to exit polls, well ahead of the opposition group of Socialists, Communists and Greens, who obtained between 31.5 percent and 36 percent of votes.

But the conservative candidates who did not win seats outright Sunday look better placed than many of their leftist opponents for a run-off in a weeks time.

Final results for the first round will be published Monday by the French Interior Ministry and if the voting patterns are confirmed, as expected, in next Sundays second round, the UMP and its allies would have a comfortable majority and control around 400 seats and even up to 445 seats in the next Parliament that will meet in extraordinary session on June 26. Last Mod: 11 Haziran 2007, 13:16
Add Comment