Iranian conservatives were advancing Sunday towards a two-thirds majority in parliament but with reformists retaining a presence despite losing hundreds of candidates to pre-election vetting. 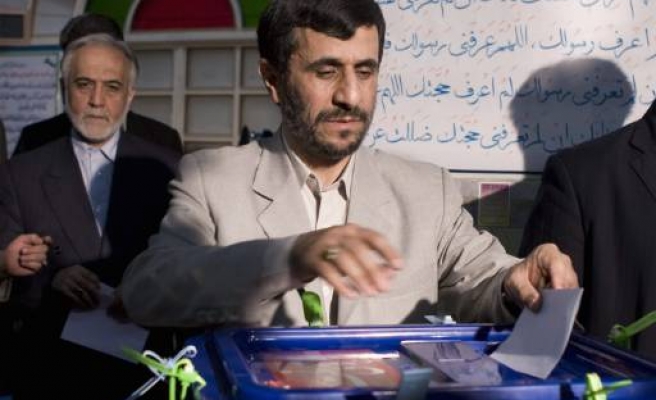 Larger Iranian cities were expected to declare their winners from Friday's vote on Sunday although those from Teheran-the most crucial results of all-were not expected before Monday.

But officials and the various coalitions agreed that conservatives were heading for around 70 percent of seats in the next parliament and reformists 20 percent, with independents making up the rest.

'More than 71 percent of the seats inside the parliament have been won by the conservatives,' Interior Minister Mostafa Pour Mohammadi announced, based on partial results from an unspecified number of seats.

But reformists also hailed their own performance as a 'remarkable success', saying that despite the disqualifications they were on course to win around 50 seats-not including Teheran-in the 290-seat parliament.

'Despite all the restrictions ... we managed to disturb the game of our opponents,' reformist coalition spokesman Abdollah Nasseri told reporters.

This would mean that reformists have managed to keep a respectable minority in the parliament, where they currently have around 40 MPs, despite losing hundreds of their best candidates in the vetting.

Iran's former top nuclear negotiator Ali Larijani, standing for conservatives in the holy city of Qom, was elected in a landslide victory with 76 percent of the vote, the Fars news agency said.

The Tehran race will be particularly closely watched as the reformists were able to compete for all 30 seats available there, leaving them in a fairly even competition with the conservatives.