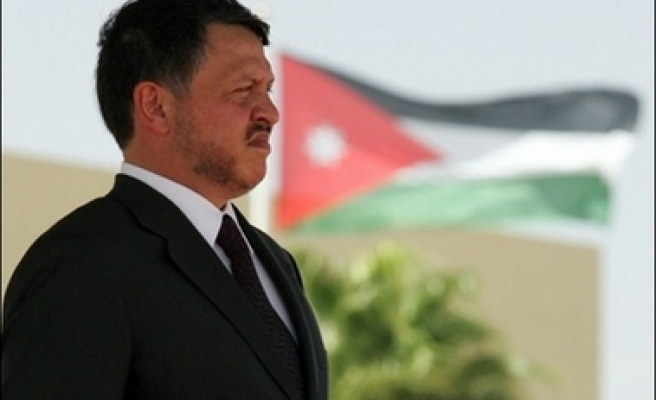 Several multi-billion dollar deals reached quietly with foreigners, including the sale of Jordan's only Red Sea port at Aqaba, have provoked MPs to demand explanations from the government over "hidden" privatisation projects.

"The problem is the lack of transparency. Such contracts are required to be made public," former prime minister and current senator Taher Masri said.

"The government must explain the circumstances of these investments, which happen in the dark."

He criticised the government for seeking "non-Jordanian" investors.

"The Jordanian people might not feel the positive effects of privatisation plans, which will only benefit a small group of the rich," Masri said.

On Sunday, the government announced a five-billion-dollar deal with a United Arab Emirates firm to develop the port of Aqaba.

The company has already paid 500 million dollars to the government in return for 320 hectares (790 acres) of land, on which the port is located.

It plans to relocate Aqaba's port facilities to the southern part of the city and expand them, and develop tourism there.

The King Hussein Medical Centre, where the first heart transplant in the Arab world was conducted in the 1970s, and former Palestinian president Yasser Arafat underwent surgery in 1992, and in which King Hussein died in 1999, is being sold to a group of United Arab Emirates (UAE) investors.

Under the two-billion-dollar deal, the investors also plan to buy the surrounding army-owned land.

The government has confirmed the project, but said the sale will be "gradual" and that the medical centre will be relocated.

It added that the investors will build offices on the land and lease them to international companies.

Mikati's project was to build a complex of government buildings and lease them to the state, sources said.

It has not, however, been given the green light by the government, a senior official said.

On Monday, the lower house of parliament's legal committee met Prime Minister Nader Dahabi and demanded explanations for several agreements that have have been signed by the previous government or reached outside of the authority of government.

"Past experiences in Jordan have unfortunately proved that secret deals were designed to hide paid commission," said political analyst Fahd Khitan, blasting "under-the-table agreements that are reached without the knowledge of the council of ministers."

"Negotiations on privatisation plans, including tenders, should be subject to public debate, particularly projects that are related to national or historical values."

Zaki Bani Rsheid, secretary general of the Islamic Action Front (IAF), the most influential opposition party in Jordan, said it was "extremely dangerous to sell such a huge amount of land and properties for non-Jordanians" as part of the privatisation programme.

"These projects are not designed to benefit the poor, but only wealthy and influential Jordanians," Bani Rsheid said.

News of the deals coincide with soaring prices hitting Jordanians in their daily life in the cash-strapped country.

"People's patience has limits, and I think that in the coming days there will be an explosion, a very big explosion, and nobody can predict its repercussions and/or results," he said.