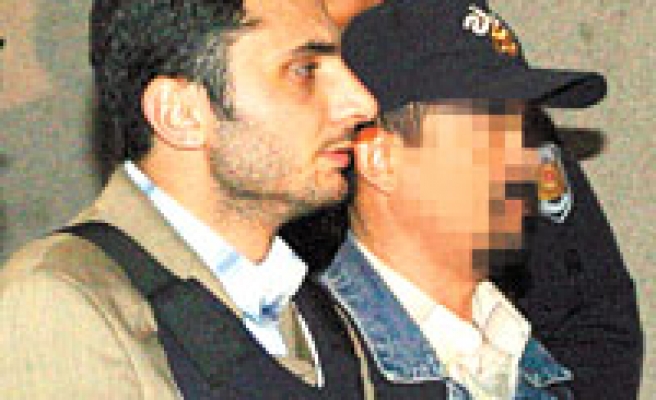 The initial investigation showed that the explosives used were of the same kind used in a handgrenade attack at the offices of the Cumhuriyet daily a year ago.

Retired Capt. Muzaffer Tekin -- who had earlier been held by the police during an investigation into the Council of State shooting -- and retired noncommissioned officer Mahmut Öztürk, the prime suspects in the explosives case, were arrested and jailed by an İstanbul court.

Documents found on the suspects’ computers revealed that they had access to classified military documents. The Ankara 11th Criminal Court is currently hearing the Council of State case in which hit man Alparslan Arslan is being tried along with other suspects Erhan Timuroğlu, Aykut Metin Şükre, Süleyman Esen, Osman Yıldırım, İsmail Sağır and Tekin Irşi. On Friday the court announced that it will be expanding the probe to ascertain whether there is any link between the Ümraniye bombs and the Council of State shooting.

Participating in yesterday’s hearing were lawyers for the suspects, the family and lawyers of Mustafa Yücel Özbilgin (the senior judge killed in the attack), lawyers representing Cumhuriyet newspaper (also the victim of an attack believed to have been staged by the same suspects last year) and a lawyer representing the Council of State.

The court’s chief judge, Orhan Karadeniz, stated that the 27 hand grenades, TNT blocks and fuses seized in Ümraniye -- currently the subject of an investigation by İstanbul’s deputy chief prosecutor -- could prove to be connected to the Council of State shooting.

The prosecutor said the decision to expand the investigation belonged to the court but demanded the suspects be punished according to his earlier indictment. The prosecution is seeking a life sentence for Arslan and four other suspects.

According to Prime Minister Recep Tayyip Erdoğan, the connections revealed by investigators working on the Ümraniye case are fairly descriptive of the Turkish concept of “deep state.”

“Just look where the links of the Ümraniye incident lead to,” he said in response to questions about his understanding of the deep state -- a phenomenon thought to be responsible for behind-the-scenes operations carried out by a network of influential individuals nested within the state apparatus.

In an interview with the Posta daily earlier this week, the prime minister had said, “There is no deep state, but there is a deep Turkey trying to block the path of the Justice and Development Party (AK Party).”

When asked for a definition of the deep state, the prime minister said in the interview: “Do you see the kind of mafia activity in big cities that you used to? Can you see any gangs? I am not saying they are all over, but there are less of them. Where did these [groups] get their strength? From the deep state. Criminal groups have contacts there. Just look at where the links of the Ümraniye incident are leading. Just look at the people behind that incident. These are very interesting. Whose bombs are those that were seized? We need not look for anything else.”

However, he later drastically changed his earlier definition of “deep Turkey” from being a force working against the government party to being the part of the country that stands against “the deep state.” Speaking to the TGRT news station Thursday night, he said “those who love the nation” are the “deep Turkey.”

Tekin, taken into custody and released during last year’s investigation of the Council of State attack, described retired noncommissioned officer Yıldırım as being “like my son.” The latter is alleged to be the owner of the hand grenades found in Ümraniye. Öztürk, who had taken Tekin to the hospital after he attempted suicide at home following the Council of State attack, was taken into custody shortly after Tekin.

Investigators searching Tekin and Yıldırım’s computers found encrypted files that included plans from an organization named “Ergenekon,” details about the organization and classified minutes from National Security Council (MGK) meetings. However, a statement from the MGK in the middle of this week denied that any such meeting minutes had ever been acquired by third parties.

Tekin was taken into custody on suspicion of helping and maintaining a terrorist organization while Öztürk attracted public attention through the Tekin connection. Yıldırım, Mehmet Demirtaş and Ali Yiğit were all arrested on charges of being members of a terrorist organization and illegal possession of explosives. In his statement Demirtaş said Yıldırım brought the hand grenades to his home.