Angry responses to the justification for the Constitutional Court decision that canceled the first round of the presidential election continued. 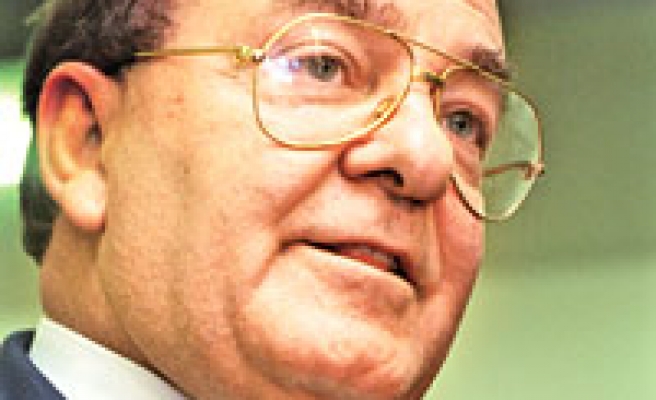 Angry responses to the justification for the Constitutional Court decision that canceled the first round of the presidential election continued on Thursday.

The decision clarified that the quorum for the election of the speaker of parliament does not need this qualified consensus and that 184 deputies are enough to start the voting for the speaker’s election. The justification endorses the position of the opposition Republican People’s Party (CHP), which applied to the court after the first round of the April 27 election. The CHP claimed the two-thirds majority stipulated in Article 102 of the Constitution applies to both the quorum and the necessary number of votes needed for a decision. “It is obvious that the Constitution aims to provide for the largest possible qualified consensus in Parliament,” reads the text of the decision.

Constitutional law professor Mustafa Kamalak, commenting on the justification, challenged the decision, saying, “If a qualified consensus is required for the first round, then why doesn’t the same requirement hold for the second and third rounds?”

Kamalak expressed his opinion that he didn’t think the Constitutional Court decision was legal but stressed that it was binding. However, Kamalak said he didn’t expect a similar crisis over the next presidential elections. Stressing that Turkey was supposed to be a state of law, Kamalak said: “The rules of the state of law were made earlier. A quorum of 367 is not one of them.” Abbas Gökçe, one of the authors of the 1982 Constitution, warned that the people who rendered this unlawful decision would not have the right to complain when they fall victim to a similar injustice. “The supremacy of law was ignored,” Gökçe said, emphasizing that the decision was a major legal mistake.

Deputy Chairman of the Justice and Development Party (AK Party) Dengir Mir Fırat said the decision was a violation on the part of the Constitutional Court. Speaking to members of the press in the southern province of Adana, where he is campaigning for election, Fırat said: “As a lawyer, I’ve been praying that God would help the person writing the justification of the decision since the day it was made. After all, it was not possible to write down a legal justification for the decision. Today, I read that rationale. It openly says, ‘I can violate the existing constitution’.”

Drawing attention to the harmony of powers on the legal axis, İyimaya added: “The crisis between the Constitutional Court and the legislature, which dates back to older times and still occasionally rears its ugly head, has dealt the greatest of damage to law and our development. The harmony of powers along the axis of law will add to social peace, and the transformation of our civilization. Turkey will establish this golden balance sooner or later.”

When asked about the fact that the Constitutional Court had given its reasoned decision dependent of conjecture, he said: “With this decision, the Constitutional Court has assumed the role of constitutional lawmaker and removed the clear meaning of the rule. Through the heavy pressure of the conjecture it has narrowed down the political sphere and distorted the constitutional reflex of politics within the problematic arena of the presidential election. The crisis character of the solution will recur in future elections. I don’t think that any of the distinguished members who back this decision are happy and will be happy in the distant future. The effects of the psychology of the environment will grow more pronounced within their inner consciences over time.” Last Mod: 29 Haziran 2007, 09:46
Add Comment