Court to rehear case of Canadian tortured in Syria

The Canadian government has cleared Arar of any links to terrorist groups and apologized and paid him $10.9 million in compensation and legal fees. 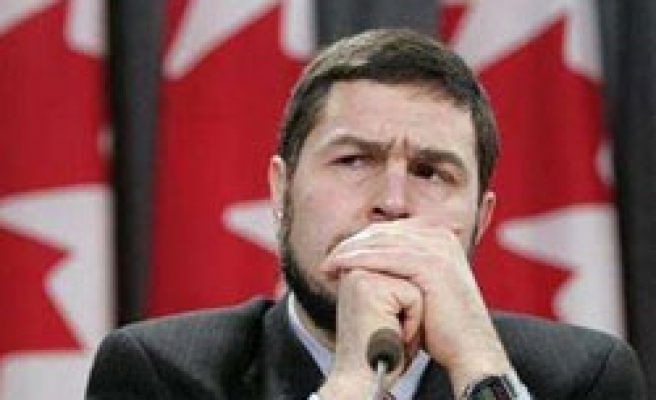 A U.S. court will take the unusual step of rehearing a lawsuit it earlier rejected from a Canadian who claims the U.S. government sent him illegally to Syria where he was tortured for a year, lawyers said on Thursday.

Maher Arar, 37, a Syrian-born software engineer, sued U.S. government officials in 2004 over his 2002 arrest when his flight stopped over in New York. He was then deported to Syria because of suspected links to al Qaeda.

In June, a three-judge U.S. appeals court panel, affirming a lower court decision, ruled 2-1 that Arar failed to establish that the federal court had jurisdiction to hear his complaint.

But on Thursday, that same court ordered that the case be reheard by the entire Second Circuit Court of Appeals -- about 12 judges -- on December 9.

The order was issued without either side requesting a rehearing, a move that the New York-based Center for Constitutional Rights, which is representing Arar, called "an extremely rare move."

"We are very encouraged," said Arar's lawyer, Maria LaHood. "For the court to take such extraordinary action on its own indicates the importance the judges place on the case and means that Maher may finally see justice in this country."

In a case that roiled U.S.-Canada relations, Arar has said he was confined without access to a lawyer or the courts and then forcibly returned to Syria, where U.S. authorities had reason to believe he would be tortured.

U.S. Secretary of State Condoleezza Rice admitted last October that the United States had mishandled Arar's case but stopped short of an apology.

But U.S. Attorney General Michael Mukasey in July told a U.S. congressional committee that he had rejected a request by lawmakers that he appoint a special counsel to investigate Arar's case.

The Canadian government has cleared Arar of any links to terrorist groups and apologized and paid him $10.9 million in compensation and legal fees.