Brotherhood's deputy leader Habib said the group relied on an army of volunteers and contributions of its members to finance activities and spent much less money than its rivals on election campaigns. 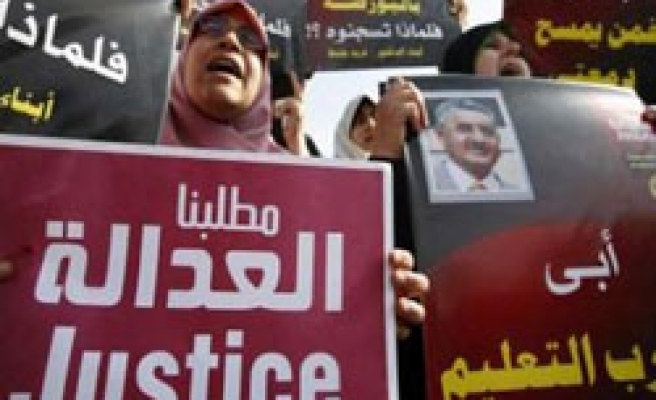 The Muslim Brotherhood, Egypt's strongest opposition group, believes a government crackdown means it cannot quickly repeat the success it had in the last parliamentary elections.

Fresh elections are not due before 2010, but the Brotherhood's deputy leader, Mohamed Habib, told Reuters on Thursday election rigging and recent steps to prevent its members seeking elected office were bad omens for the future.

"Of course we will not achieve what we achieved in 2005," Habib said in an interview at the group's Cairo headquarters. "The reading of the current political scene says so, unless something unexpected happens."

The Brotherhood is officially banned but is allowed to operate openly by the government. Its members run for office as independents.

It won roughly a fifth of the seats in parliament at a time when the United States was pushing Egypt to promote freedoms and allow more political participation.

The U.S. campaign, however, has waned since then. This has allowed the authorities to tighten the screws on the Brotherhood, freezing the assets of a number of high-profile members and imprisoning them after a military trial.

The group accuses the authorities of rigging elections in favour of the ruling National Democratic Party (NDP). The government denies this charge.

"The authorities work to rig the elections 100 percent of the time," Habib said. "(But) we have no other way of work other than the peaceful approach and the ballot box."

The Brotherhood says its aim is to establish an Islamic state in Egypt by political advocacy and through elections.

But opposition activists have criticised the Brotherhood for taking blows from the government without responding, even through peaceful protests.

Habib said that reaching out to people by providing social services, and spreading Brotherhood values through members and sympathisers, was more effective than holding protests that the police would suppress.

He also played down the impact of the crackdown on the organisational and financial capabilities of the group.

"We are known for absorbing shocks, of being steadfast in the face of blows aimed at us," he said.

Habib said the group relied on an army of volunteers and contributions of its members to finance activities and spent much less money than its rivals on election campaigns.

Many in Egypt have questioned the Brotherhood's ability to reach beyond its base and attract the silent majority which has shied away from politics after decades of authoritarian rule.

Critics say this failure was clear when the streets of Cairo were clogged with traffic on May 4, despite the group's support for a strike to protest rising prices and low wages.

Habib said many Egyptians fear government harassment if they get involved in politics.

"There is no such thing as the 'silent group'. There is a 'scared group', and this fear makes it hesitate and refrain from participating," he said.