Sharp differences have cropped up within the ranks of the ruling Pakistan Muslim League (PML-Q) party over the handling of a lingering judicial crisis and recent deadly clashes in the southern port city of Karachi. 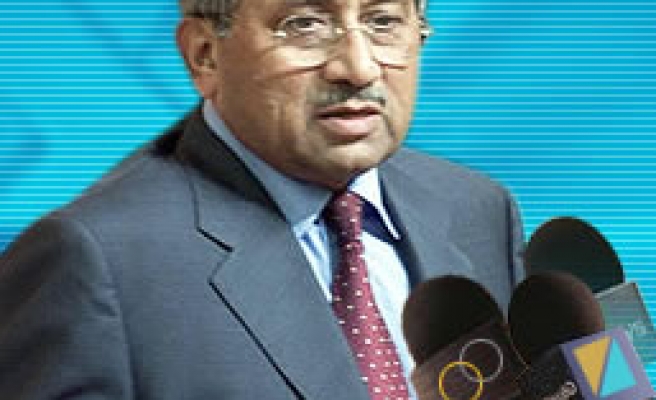 Sharp differences have cropped up within the ranks of the ruling Pakistan Muslim League (PML-Q) party over the handling of a lingering judicial crisis and recent deadly clashes in the southern port city of Karachi.

"I cannot go with them any more," former premier Mir Zafarullah Jamali told IslamOnline.net, confirming his resignation from the party to protest the "wrong policies" of the incumbent government.

"I am a former prime minister and an important leader of the party, but I am being ignored on every important issue," he complained.

"I am a born Muslim Leaguer and will remain a leaguer, but I cannot go along with the (present) party leadership."

Jamali accused the PML(Q) leadership for not taking the party workers into confidence on issues of national importance, thus giving an open field to opposition parties to play.

"I think, the party doesn't have any place for me, and others like me. Therefore, it is better to resign."

He accused them of mishandling the crisis of suspended Chief Justice Iftikhar Chadry, failing to ease law and order problems in Balochistan and mishandling Karachi clashes.

Chaudry is being tried on charges of misconduct and misuse of authority in line with a reference by President Prevez Musharraf.

At least 51 people were killed and over 200 injured in street battles after Chadry was prevented from addressing his supporters and sent back to Islamabad.

Musharraf summoned Jamai to the President House and asked him to withdraw his resignation in the better interest of the party.

However, the former premier declined to reply whether he would withdraw his resignation or not.

Jamali is not the only disgruntled member of the governing party.

During the recent meeting of the party's central executive committee, several members criticized the president and prime minister's handling of the judicial crisis and the Karachi mayhem, sources said.

They quoted Kabir Ali Wasti, the vice president of the PML(Q), as saying that the judicial crisis and the Karachi bloodshed would leave a far adverse impact on the election campaign.

The next elections are scheduled to be held by the end of this year or by early 2008.

Wasti was for an "out of court" settlement of judicial crisis.

"He asked the government to sort out the issue with the Chief Justice outside the court," a participant in the meeting told IOL.

Both blamed Musharraf for the crisis and said he must reconsider his position in the larger national interest, the sources said.

Wasti believed it was the president's decision to file the reference against the chief justice and not the prime minister's.

Premier Aziz, who was present at the meeting, insisted he was the one who advised the president to send reference against chief justice to the supreme judicial council, added the sources.

The suggestion of out of court settlement also discussed during a meeting between the president and the PML(Q) leaders and parliamentarians on May 13 at President House.

"Forget about the withdrawal of this reference and move forward, as I cannot think about it for a minute," Musharraf reportedly told them.

At one point, sources said, the participants considered making the premier a scapegoat but the matter was dropped because it would have sent a wrong signal to the outside world and the public.

Sources said some members also suggested early elections to divert the public attention from the judicial crisis and the Karachi carnage.

A minority member of the national assembly, MP Bhandara, suggested that the assemblies be dissolved after the budget is passed in June.

He asked Musharraf to go for a referendum to gauge public opinion before he tries to get re-elected.

"The recent controversies have badly hurt our popularity," he was quoted as saying by a participant.

Apparently irked by the "poor " performance of the ruling PML(Q) leadership in handling the simmering judicial crisis, Musharraf has decided to take over.

"He plans to meet representatives of lawyers and the media to control the damage caused to his image," a well-placed source privy to the President House told IOL requesting anonymity.

The issues of the reference and the media have so far been handled by intelligence agencies and some individuals in and outside the government, the source said.

"Now, he (Musharraf) is inclined to the National Security Council Adviser Tariq Aziz and his Chief of Staff Lt-General Javed Hamid, instead of relying on the government and the ruling party," he added.

Tariq Aziz, a college fellow of Musharraf, is considered one of his closest aides since he assumed power in a bloodless coup on October 12, 1999.

Analysts believe Musharraf has not only lost confidence in the ruling party but his own self confidence has been shattered.

"Those who have heard his yesterday's speech can easily figure out that his confidence has been shattered," said Sohail Iqbal, a political analyst, referring to Musharraf's speech at a public meeting in northern city of Balakot.

Delivering a highly-charged speech against opposition parties, Musharraf accused them of using the judicial crisis to conspire against him.

"I will weep if lies and deception prevail," he said.

Iqbal thinks that Musharraf had already been shaken by the judicial crisis and that the Karachi bloodshed turned out to be the last straw.

"The ongoing judicial crisis was enough to threaten his grip on power."

He argues that Musharraf is loosing the ground, but not alone.

"The prevailing conditions suggest that both General Musharraf and Justice Chaudry will have to go," Iqbal predicted while citing the instance of a power showdown between former president Ghulam Ishaq Khan and former premier Nawaz Sharif in 1993.

The military-backed establishment forced both Ishaq and Sharif to go back to homes.
Last Mod: 23 Mayıs 2007, 10:09
Add Comment