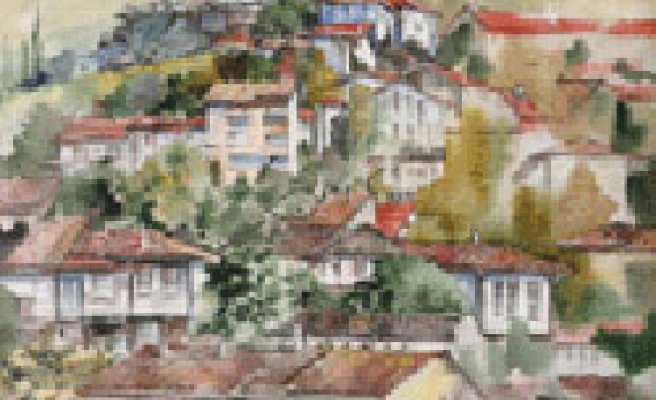 The well-known Crimean Tatar artist Ramiz Netovkin will participate in the Turkic World Days programme that will take place on 23-25, August in Turkish city Kastomonu. This programme organized by the municipality of Kastamonu is traditional and it will be held for fifteenth time. Crimean artist will already his watercolours for tenth time this year.

QHA news agency said that every year the Kastamonu municipality issues the wall calendar with Ramiz Netovkin's pictures by 10 thousands copies. The Kastamonu's dwellers like R. Netovkin for his pictures with town landscape.

"I always go to Kastamonu a month before the Turkic World Days and paint the historical, tourist and cultural attractions in watercolours or ink" – artist told.

The brotherly relations between Crimea and Castamonu were established in 1996 when the town council decided to confer the rank of Honorary freeman to MP Mustafa Jemilev, the Chairman of the Majlis of Crimean Tatar people. Then governor of town Özdemir Hanoğlu and Mayor Suleyman Yücel presented to him the corresponding Berat (sultan deed). And then the agreement for brotherhood and cooperation was sighed.