Crimean Tatar NGO Milli Firqa head said that Ministerial order 461 on the Programme for improvement of learning of Ukrainian in the comprehensive schools with teaching on national minorities languages to 2008-2011. 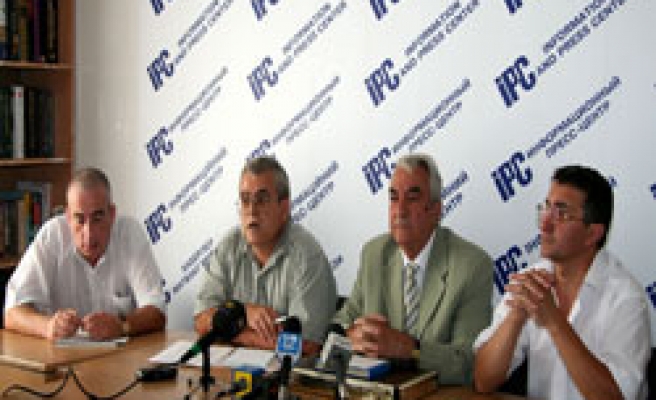 The Education and Science Ministry of Ukraine initiates the process of total Ukrainization and prohibition of education on mother tonques of the ethnic groups resided on the territory of country.

As Mr. V. Abdurahimov, Chairman of the Crimean Tatar NGO Milli Firqa, noted the Ministerial order 461 on the Programme for improvement of learning of Ukrainian in the comprehensive schools with teaching on national minorities languages to 2008-2011 tries to "exclude the ethnic element from educational system of the autonomy".

He also stressed this Programme materially contravenes to the Constitution of Ukraine, international legal acts ratified by the Ukrainian Parliament, the laws of Ukraine. Moreover, according to V. Abdurahimov, this "discriminatory order" is not registred by the Ministry of Justice of Ukraine.

QHA news agency said that the Chairman of the Crimean Tatar NGO Milli Firqa Mr. Vasfi Abdurahimov stated about it during the press-conference in Aqmescit (Simferopol) on August 5th.

The representatives of the Council of Crimean Tatar people's elders Namus Mr. Timur Çelebiyev and Mr. Seyyar Sufru have also took part in the press-conference.

The Council of Crimean Tatar people's elders Namus by legal and political support of the NGO Milli Firqa has filed the action to the Administrative Court of Crimea. The Namus demands to ban to the Educational Ministries of Ukraine and Crimea to fulfil this programme and to oblige the Ukrainian ombudswoman to commence a case on violation of the constitutional rights of citizens. Lawyer Mark Ben-Haim represents the Namus in the court.