There is a significant Caucasus diaspora in Turkey that would raise objections to a Turkish backing for a Georgian crack down on its breakaway regions, namely South Ossetia and Abkhazia. 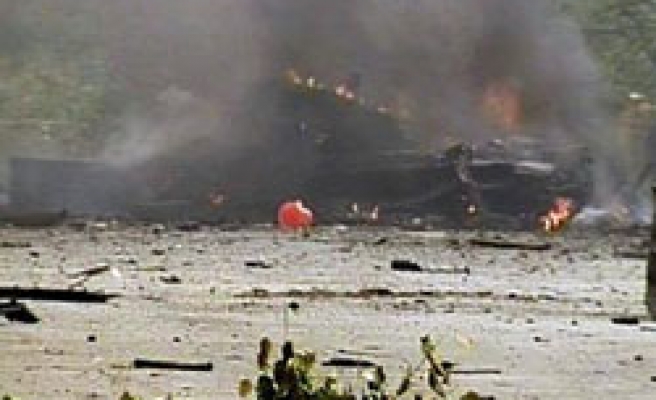 A Georgian military offensive on Friday to regain control over the breakaway province of South Ossetia has the potential to grow into an all-out war that would draw in Russia and Ankara, which has boosted its peacemaking skills through mediation efforts in the Middle East, and Turkey should quickly launch a mediation mission in the neighboring Caucasus to stop this nightmare scenario, experts say.

Georgian troops, backed by tanks and warplanes, pounded separatist forces in a bid to re-take the territory. President Mikheil Saakashvili accused Russia of bombing Georgian territory, a claim denied by Moscow. But Prime Minister Vladimir Putin did say that there will be a "response" to the Georgian "aggression."

"Implications of an all-out war would be terrifying," said Sinan Oğan, head of the Ankara-based Turkish Center for International Relations and Strategic Analysis. "Turkey should play the mediation role it plays in the Middle East in the Caucasus as well." The fighting was the worst outbreak of hostilities since the province won de-facto independence in a war that ended in 1992, raising fears that war could once again erupt and draw in Russia, which has peacekeepers in the region.

Despite its close political ties with the Western-oriented Georgian leadership, siding with Tbilisi at the expense of confronting Russia and alienating its own population of Ossetians and others of northern Caucasus descent is not a smart policy option for Ankara. Turkey, which fully backs Georgia's integration with Western institutions, including NATO, despite strong Russian objection, cooperates with the Saakashvili administration on a number of key energy and regional transportation projects. The BP-led Baku-Tbilisi-Ceyhan project, which can pump up to 1 million barrels per day of Azeri crude to the Turkish port of Ceyhan, is the most important of such projects. Ankara backs Georgia's territorial integrity and cooperates militarily with Tbilisi.

But Ankara's cooperation with Russia is also growing. And there is a significant Caucasus diaspora in Turkey that would raise objections to a Turkish backing for a Georgian crack down on its breakaway regions, namely South Ossetia and Abkhazia. "Under these circumstances, Ankara cannot be expected to side clearly with any of the parties and confront others," said Oğan.

Heeding the complex factors behind the conflict, a Foreign Ministry statement released yesterday afternoon expressed concern over the clashes in South Ossetia's capital, Tskhinvali, and called for a peaceful resolution of Georgia's problems. "We believe that this conflict atmosphere should be overcome through restraint, common sense and dialogue and that acts that could lead to new tensions should be avoided," said the statement, calling for direct talks to resolve the conflict.

Prime Minister Recep Tayyip Erdoğan also said he hoped there will be a cease-fire as soon as possible, expressing grave concern over the clashes. Asked whether Turkey was planning to intervene, he stated that he would call Putin and Saakashvili to urge them to exercise restraint.

Even if Georgian troops briefly seize control of Tskhinvali and clashes fall short of culminating in an all-out war, a Turkish role to reconcile the sides could still be valuable, said Hasan Kanbolat, an expert at the Ankara-based Center for Eurasian Strategic Studies (ASAM) and a columnist for Today's Zaman. "Even then, Russia will get involved, people of North Caucasus will get involved, making it difficult for Georgia to stay there," he said, warning that clashes could escalate to include Abkhazia, another breakaway region of Georgia.

Hundreds of volunteers from another breakaway region, Abkhazia, and Russia were already reported to be making their way to South Ossetia.

"Turkey will already be drawn into the conflict because of Turks of Ossetia and Abkhaz origin. What Turkey should do is mediation," he said. "It is already long overdue."

But there are serious question marks as to whether such a mission would have a chance of success. South Ossetia and Abkhazia refuse to take any steps back from independence and do not trust the Georgian leadership at all. Saakashvili, on the other hand, needs to establish control over the breakaway regions because failure to do so is likely to erode his support at home. He has pledged several times to put Georgia on the path to integration with the West, but a NATO summit in Bucharest in April refusing to grant membership prospects for Georgia was a slap in the face to the pro-Western administration. The administration now feels it is imperative to restore territorial integrity by establishing full control over the breakaway regions, a condition for possible membership in NATO, to give the Georgians the message that it has the West's protection from former ruler Russia.

Oğan said Turkey could therefore opt for a limited mediation role that would be part of UN efforts for a peaceful solution.

He also played down concerns that the clashes were a major threat to the Baku-Tbilisi-Ceyhan pipeline and a parallel pipeline transporting natural gas from Azerbaijan to Turkey simply because they are outside the conflict zone. But small Ossetian or other anti-Georgian groups might try to sabotage the valuable pipelines as part of their campaign against the Tbilisi administration, he said.