Turkey will take on Germany in the semi-finals. 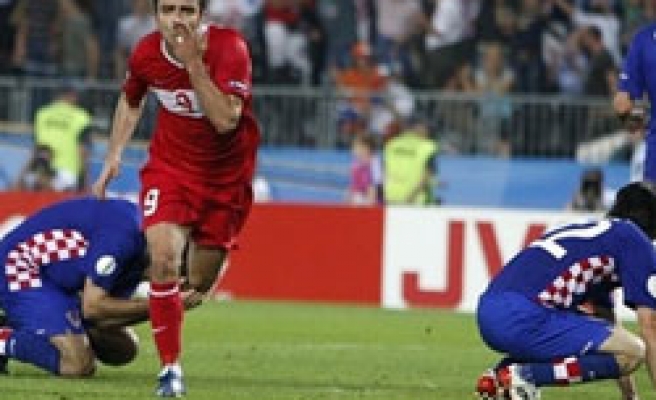 Turkish national soccer team knocked out Croatia at the penalty shootout with a score of 3-1 in the quarter final game in 2008 European Soccer Championship and advanced to semi-finals.

Hamit, Arda, and Semih scored the goals for Turkey at penalty shootouts while Crotian players Madric, Rakitic and Petric missed the penalties.

In the 14th min. of the second half of the extra time, Croatia took the lead with a goal. Turkey made the score even with a goal by Semih only a minute after and carried the game to penalty shootout.

Turkey will take on Germany in the semi-finals.