The idea of launching a military operation into northern Iraq have found a safe haven, has taken center stage in recent debates over how to eliminate the terrorist threat, the worst manifestations of which the Turkish public has dealt with in recent days. 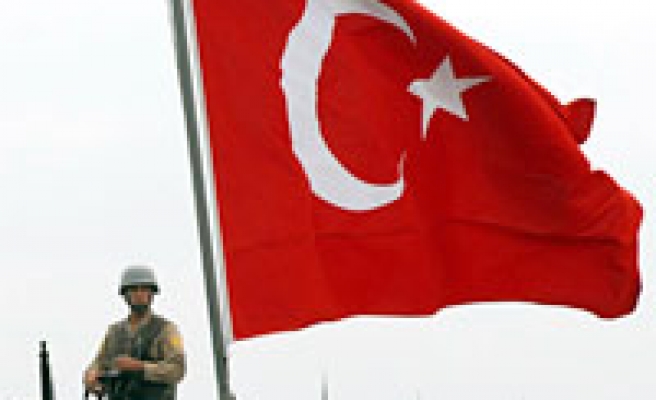 The idea of launching a military operation into northern Iraq, where thousands of members of the outlawed Kurdistan Workers' Party (PKK) have found a safe haven, has taken center stage in recent debates over how to eliminate the terrorist threat, the worst manifestations of which the Turkish public has dealt with in recent days.

The Turkish Armed Forces (TSK) has long been seeking the right to stage an incursion into northern Iraq to eliminate the PKK presence there with Chief of General Staff Gen. Yaşar Büyükanıt publicly asking the government for approval last month to launch such a military operation.

The government's response to this call has been heard directly from the prime minister, who said the government would back the military if the generals seek to stage such an incursion to fight the PKK.

Prime Minister Recep Tayyip Erdoğan's remarks came in an interview aired on Wednesday night, hours after authorities said a bomb attack on Tuesday that killed six people and wounded dozens others in Ankara appeared to be the work of the PKK. Meanwhile the group denied responsibility for the attack, believed to have been a suicide bombing.

"We would do whatever is necessary for the peace and happiness of our country. It is out of the question for us to fall into a disagreement with our security forces and soldiers on this issue," Erdoğan told private ATV when asked what his government would do if the military sought permission to stage a cross-border operation.

"When necessary, this step would be taken, there would be no delay," Erdoğan said. Although it was not yet clear whether the military has formally relayed its demand to the government for a vote in Parliament, Foreign Ministry spokesman Levent Bilman on Thursday told reporters that he had no knowledge concerning the drawing up of a government motion. Bilman's expla-nation came when asked at a weekly press briefing whether Turkey might stage a military incursion into northern Iraq without having Parliament's approval and whether there has been any preparation at ministry head-quarters for a government motion.

Bilman briefly referred reporters to Erdoğan's Wednesday remarks, saying that he had nothing more to add.

The spokesman, meanwhile, also confirmed earlier press reports that a senior-level delegation from the Foreign Ministry would pay a visit to the Iraqi capital in the coming days. Mainstream dailies on Thursday suggested that the delegation, led by Ambassador Oğuz Çelikkol,, Turkey’s special envoy to Iraq, would be the last warning from Ankara to the Baghdad government before launching a military incursion into northern Iraq as the delegation would once more remind Iraqi officials of Ankara’s expectations following the recent delivery of a diplomatic note of protest concerning the PKK presence in northern Iraq.

“The visit which will be paid by the special envoy to Iraq has no direct connection with recent developments,” Bilman said, however emphasizing that paying such visits to various countries and Iraq was within Çelikkol’s job description. Without elaborating the exact dates and exact names with whom the delegation would hold talks, Bilman said the delegation would conduct senior-level talks as well as technical-level talks. He didn’t exclude the possibility of a meeting taking place between the delegation and Iraqi Kurdish leader Massoud Barzani, when asked, stressing that he didn’t yet have detailed knowledge concerning schedule of the visit.

The delegation is expected to have talks with Iraqi Prime Minister Nouri al-Maliki as well as with Foreign Minister Hoshyar Zebari. The Turkish side is also eager to have talks with President Jalal Talabani, who flew over the weekend to the United States for rest and help in tackling his weight problem, and Vice Presidents Tariq al-Hashimi and Adel Abdel Mehdi.

It has been almost six weeks since the Turkish government sent the diplomatic note of protest, on April 9, with then-Justice Minister Cemil Çiçek on the same day stating that Ankara had a legitimate interest in developments in northern Iraq because PKK members used the region as a springboard to launch attacks on military and civilian targets inside Turkey.

Only a day after the delivery of the note, the National Security Council (MGK) indicated that Turkey could resort to military measures should it not receive a satisfactory answer. Just two days after an April 10 MGK meeting, Chief of General Staff Gen. Büyükanıt publicly asked the government for approval to launch a military operation.

On Monday this week the government announced its dismissal of retired Gen. Edip Başer, Turkey’s former special envoy for countering the PKK, soon after the release of Başer’s remarks doubting the efficiency of a trilateral cooperation mechanism between Turkey, Iraq and the US for coordinating efforts against the terrorist group. The government clearly expressed its faith and determination in continuing both bilateral efforts with the US and trilateral efforts with both the US and Iraq for eliminating the PKK threat.

Only a few days before being dismissed, Başer hinted that Ankara could act alone to tackle the PKK presence in northern Iraq, saying cooperation with the US was not required for a cross-border operation against the terrorist threat.

The Turkish Armed Forces (TSK) is deploying troops in the southeast of Turkey to reinforce its operations against the terrorist group the Kurdistan Workers’ Party (PKK). Military vehicles, tanks and troops from the Nusaybin district of the southeastern city of Mardin set out for deployment along the northern Iraqi border late in the afternoon yesterday. A convoy of 20 vehicles carrying heavy armored combat tanks, heavy artillery guns and 13 minibuses with troops on board was moving on the E-90 highway towards Şırnak’s Silopi district, located at the border with northern Iraq. All equipment and troops of the convoy, traveling under heavy security and the escort of Nusaybin District Gendarmerie Command vehicles, will be deployed around the Habur checkpoint area at the border, sources said.