Cuban President Raul Castro announced on Monday that the country's ruling Communist Party would hold a Congress in late 2009, the first in 11 years. 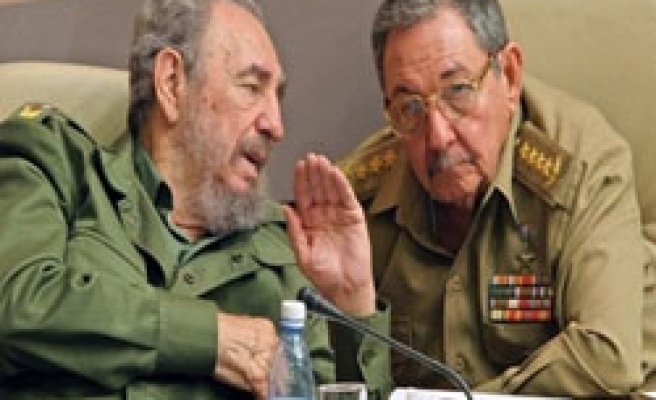 The Congress is the highest decision making body of the party and is expected to elect new leadership, replacing an ailing Fidel Castro, who has been first secretary since its founding in 1975, with his younger brother Raul Castro, who is second secretary.

Fidel Castro, who has not fully recovered from intestinal surgery in 2006, resigned as president in February after nearly half a century.

According to Cuba's constitution, the first secretary is the most powerful position in the Caribbean island nation of 11 million people.

"The Communist Party of Cuba ... is the highest directing force of the society and state," says the 1976 constitution. No other political parties or groups are allowed.

"We want to propose to this meeting of the Central Committee that a Congress be held during the second half of next year," Raul Castro said in a speech shown on state television.

He also announced the addition of three new members to the Political Bureau, which runs the party between Central Committee meetings.

He said an executive body, made up of the same seven officials who hold the Council of State presidency and six vice presidencies, and with an average age of more than 70, would make day-to-day decisions for the Political Bureau until the Congress.

This would imply that Fidel Castro is no longer active in party affairs, though the two brothers insist he is still consulted on all important matters of state.

The party has a long reach into Cuban society. Its 820,000 members are active through workplace and neighborhood cells, and municipal and provincial committees.

Party organizations operate as transmission belts for policy, discussing and promoting the latest thoughts of its leaders, in particular those of Fidel Castro.

The vast majority of Cuban families include at least one party member, or a member of the Union of Young Communists.

Virtually all government and military officials are party members and answer first to the organization.