Two people were killed and seven wounded when the bomber detonated an explosive vest near the convoy carrying Diyala Governor Raad Rasheed in the provincial capital Baquba, northeast of Baghdad. 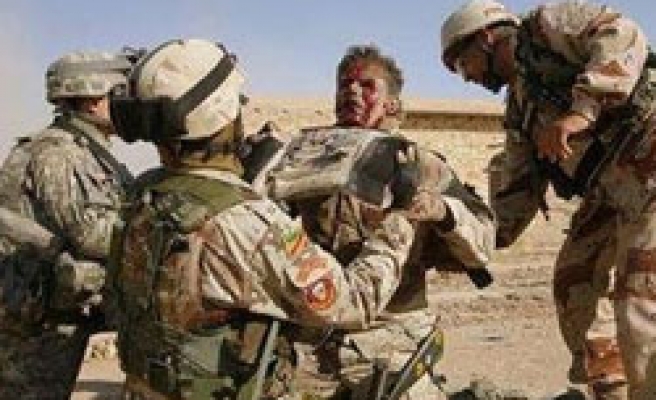 Iraqi authorities imposed a curfew on the capital of restive Diyala province on Tuesday after the governor survived a suicide bomb attack on his convoy.

Two people were killed and seven wounded when the bomber detonated an explosive vest near the convoy carrying Diyala Governor Raad Rasheed in the provincial capital Baquba, 65 km (40 miles) northeast of Baghdad. Rasheed was unharmed.

Iraqiya state television said the curfew had been imposed on the city centre from noon on Tuesday until Wednesday morning.

Tuesday's suicide attack "is not going to sway us from continuing our course of imposing security through operation 'Good Omen,'" Rasheed said.

Many recent attacks in the province have been carried out by female suicide bombers, a tactic used increasingly by al Qaeda this year. It was not immediately clear whether Tuesday's attacker was male or female.

Political progress in Iraq faced a setback last week when parliament adjourned for its summer break without passing a law that would have allowed officials to move toward holding provincial elections scheduled for Oct. 1.

The provincial elections are seen as an important step in healing Iraq's sectarian divides, especially with the country's Sunni Arab minority, more than five years after the U.S.-led invasion. But the election law has been held up by wrangling with another minority, the Kurds, over power in the disputed city of Kirkuk.

The sharp drop in bloodshed has encouraged Iraq's neighbours to re-engage with Maliki's Shi'ite-led government, which long complained of a lack of support from Iraq's Arab, mostly Sunni, neighbours.

Jordan's King Abdullah became the first Arab leader to visit Baghdad since the fall of Saddam Hussein in 2003 on Monday when he made a surprise visit to meet with Maliki and his cabinet.

In a sign of security concerns, the visit was kept secret until the Jordanian leader had safely left Baghdad.