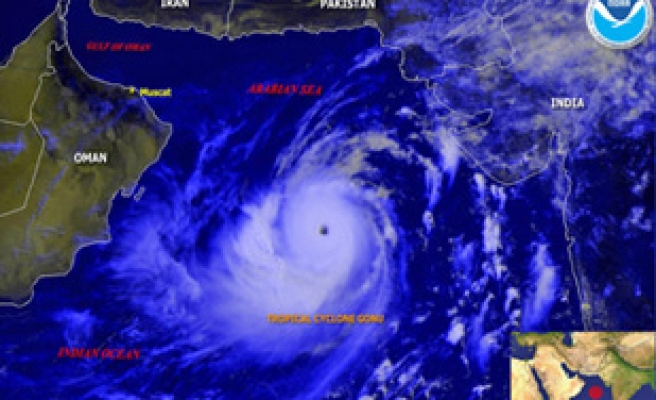 ONA quoted the Directorate-General of Civil Aviation and Meteorology as saying that Gonu has its center over the Arabian Sea, about 282 kilometers away from the sultanate.

All of Oman's eastern and middle regions, such as Masirah Island, the regions extending from Ras Madrakh to Ras Al-Had, and Muscat are expected to be effected by the cyclone.

Inspector-General of Police and Customs and head of the National Committee for Civil Defense Lt. Gen. Malik Al-Maamari earlier encouraged people to move from the hazardous areas, particularly Masirah and Al-Halaniyat Islands, to secured areas, stressing that Royal Oman Police (ROP) in cooperation with other government departments will provide shelter and food for those who need it.