Talat said that the new state would not be founded under the constitution of the Greek Cypriot administration but it would be comprised of elements from both parties. 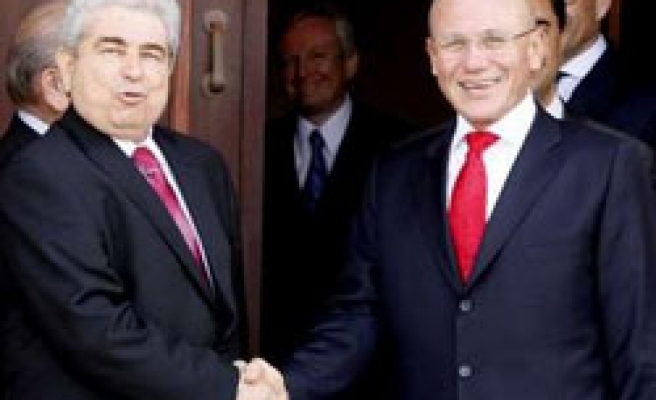 The Turkish Cypriot president said on Sunday that he had almost reached an agreement with the Greek Cypriot leader on the schedule of direct negotiations.

President Mehmet Ali Talat of the Turkish Republic of Northern Cyprus (TRNC) said that there was no reason to delay resumption of direct talks.

Talat said that Greek Cypriot leader Demetris Christofias and he agreed on "a bi-communal and bi-zonal federation established by two founder states."

"This federation will be set up by the Greek Cypriot administration and Turkish Republic of Northern Cyprus," he also said.

Talat said that the new state would not be founded under the constitution of the Greek Cypriot administration but it would be comprised of elements from both parties.

"If we are to create a new state, it would be established from elements of the both parties. It will be a new partnership, which is what I wish," he told the newspaper.

On July 1st, the two leaders had a meeting at the buffer zone in Lefkosa. After the meeting, Taye-Brook Zerihoun, special representative of the UN Secretary-General and chief of UN Peacekeeping Force in Cyprus, told reporters that the leaders agreed on "a single sovereignty and single nationality" in principle.

They will meet again on July 25th.