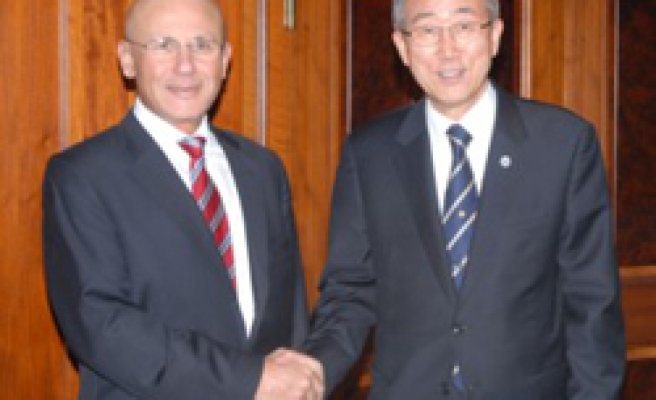 The leaders of Cyprus' rival Greek and Turkish communities are considering setting up the first direct telephone link between them, a UN spokesman said on Tuesday.

The phone line would be the first direct communications link between the leaders of the two communities in more than three decades, during which many UN-led peace talks have failed. The hotline would be another indication of the commitment that both Christofias and Talat have pledged to resolve the island's long-standing conflict.

Diaz said he didn't know when the hotline would be set up. But senior Christofias aide George Iacovou said that would happen once the two leaders begin direct peace talks.

After the meeting, Talat told reporters that UN Secretary General Ban seemed glad about the recent situation in the Cyprus issue.

"We had 3-4 meetings with Mr. Christofias (Greek Cypriot leader Demetris Christofias). We will meet again on July 25th. I hope that we will launch comprehensive negotiations," Talat said.

"Turkish Cypriot party has been working for resolution of the Cyprus issue for a long time. We will keep exerting great efforts on this matter," he said.

Replying to a question on UN Secretary General's expectations, Talat said, "his expectation is clear. He expects the comprehensive talks to start as soon as possible. He appointed a special advisor to Cyprus."

Talat said TRNC expected the EU to extend technical assistance to Turkish Cypriots and encourage the Greek Cypriot administration in regard to a solution to the Cyprus issue.