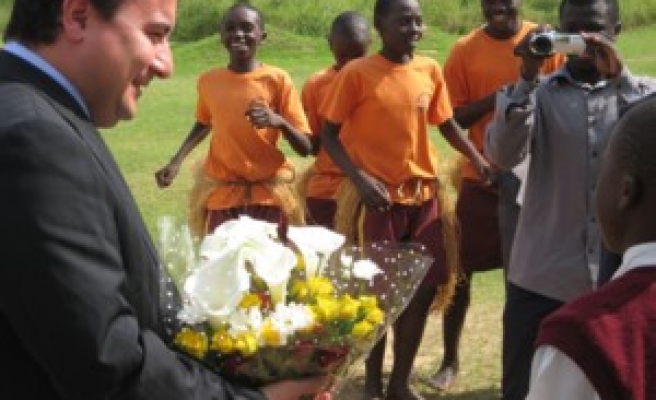 Turkey's foreign minister stressed on Friday the need for strong political will in order to solve Cyprus problem.

Foreign Minister Ali Babacan said that a solution could be found in Cyprus with the strong political will of the two parties.

"Also third parties should behave carefully and responsibly," Babacan told reporters in Kampala, Uganda--where he participated in the foreign ministers meeting of the Organization of the Islamic Conference (OIC)

Babacan said that Turkey's aim was to ensure a comprehensive settlement as soon as possible.

The minister said that international organizations should approach the problem sensitively, and expressed his wish that the United Nations (UN) would make a constructive contribution to the process.

On Turkey's role in its region, Babacan said that the OIC demanded that Turkey should deal with regional problems more closely and contribute more to the solution of problems.

Babacan said that Turkey's main policy was based on peace and stability, and told reporters that every one had seen that Turkey did not have a hidden agenda regarding its region.

The Turkish minister also said that Turkey would be more constructive, balanced and eager to solve problems whatever the problem was.

Forty teachers, including 8 Turks, are working in the secondary school. 450 boys are having education in the Turkish Light Academy.